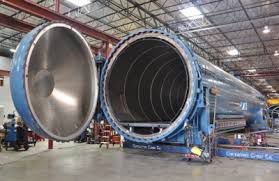 Boeing has told the FAA that some of the composite structures of its Boeing 787 aircraft have been contaminated with Teflon and might not be as strong as they were intended to be. The information is contained in an internal FAA memo reviewed by the Seattle Times and is the latest in a long list of manufacturing defects being investigated and reviewed by the agency. There’s apparently no immediate safety risk for the in-service fleet but the composite issue will possibly delay the resumption of production of the aircraft. “We’re looking at the undelivered airplanes nose to tail, and we have found areas where the manufacturing does not conform to the engineering specifications,” a Boeing spokesperson told the Times. “None of these issues is an immediate safety-of-flight issue.”

The contamination occurs during the bonding process for the composite on many of the large components of the aircraft. Plastic bags are used to create a vacuum that holds the composite material in position in a mold. The part is formed under heat and pressure in a giant autoclave. The bags and the material used to allow release of the bags contained Teflon and it left a residue on the composite. That residue can weaken the bond when parts are joined together using adhesives. Initially, Boeing tests showed the bonds to be within specs but recently the company has found bonds that are weaker than designed. The Teflon contamination has been found in parts made by at least two of the contractors making big pieces of the aircraft like wings, fuselage and tail.

The Times is also reporting that the memo contains more information on the improper shimming of gaps between parts caused by waves in the composite material. The memo says more gaps have been found in passenger and cargo doors in the aft fuselage. Again, there is no immediate safety issue, but the gaps could reduce the service life of the airframes because they can lead to the fasteners that hold the skin on pulling out. That condition could affect as many as 1,000 aircraft.

The memo also reportedly says the faulty titanium fasteners identified earlier may be in as many as 450 aircraft and there is a potential safety issue there if two of the non-spec fasteners are next to each other. The most serious threat is with the fittings that connect the floor beam to the fuselage frame where the wings are attached. Two All Nippon Airways 787s in storage in the California desert had that specific defect and Boeing has fixed them, according to the Times.