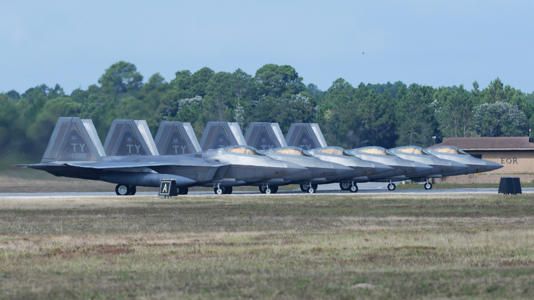 The Drive says Congress may block the Air Force’s plan to scrap 33 F-22s to save money and begin the process of retiring the entire fleet of 186 sometime in the 2030s. The Air Force says the planes in question are early models and used mostly for training and other non-combat roles. They cost a lot to maintain and that money would be better spent on new F-35s. Also, the scrapped F-22s would be a source of pricey parts for the rest of the fleet, the Air Force argues.

Instead of retiring the planes, the House Armed Services Committee wants the 33 planes upgraded to the same standard as the rest of the fleet at a cost of $1.8 billion. That figure could grow because the Pentagon also wants to add more capabilities to the frontline fighters and the committee says the 33 older planes should get those upgrades too. There are already plans for successors to the Raptor, including a crewed aircraft and a crew-optional fighter.