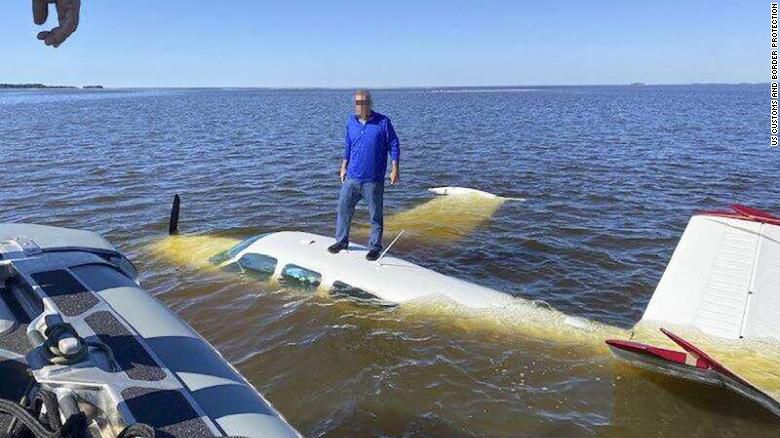 Customs and Border Protection (CBP) officers were in the right place at the right time to potentially save a pilot’s life off the coast of Florida on Friday. The federal agents were conducting a “maritime operation” when they came upon a sinking aircraft. “As agents and deputies approached the sinking plane, an individual was spotted climbing out and standing on the fuselage,” said a news release. “Agents verified the pilot was the only occupant and were able to assist him on board an AMO (Air and Marine Operations) Coastal Interceptor Vessel.”

The aircraft ended up in the drink about a half mile offshore from George T. Lewis Airport in Cedar Key, about 100 miles north of Tampa. It’s not clear whether it was taking off or landing. The pilot was OK but was given a medical assessment in the boat. “The situational awareness and quick actions of the Marine Interdiction Agents and Sheriff’s Deputies prevented a possible human tragedy,” said Michael Matthies, Deputy Director of Marine Operations for the CBP. “We are thankful we have the proper resources and trained personnel to perform when incidents like this present themselves.”