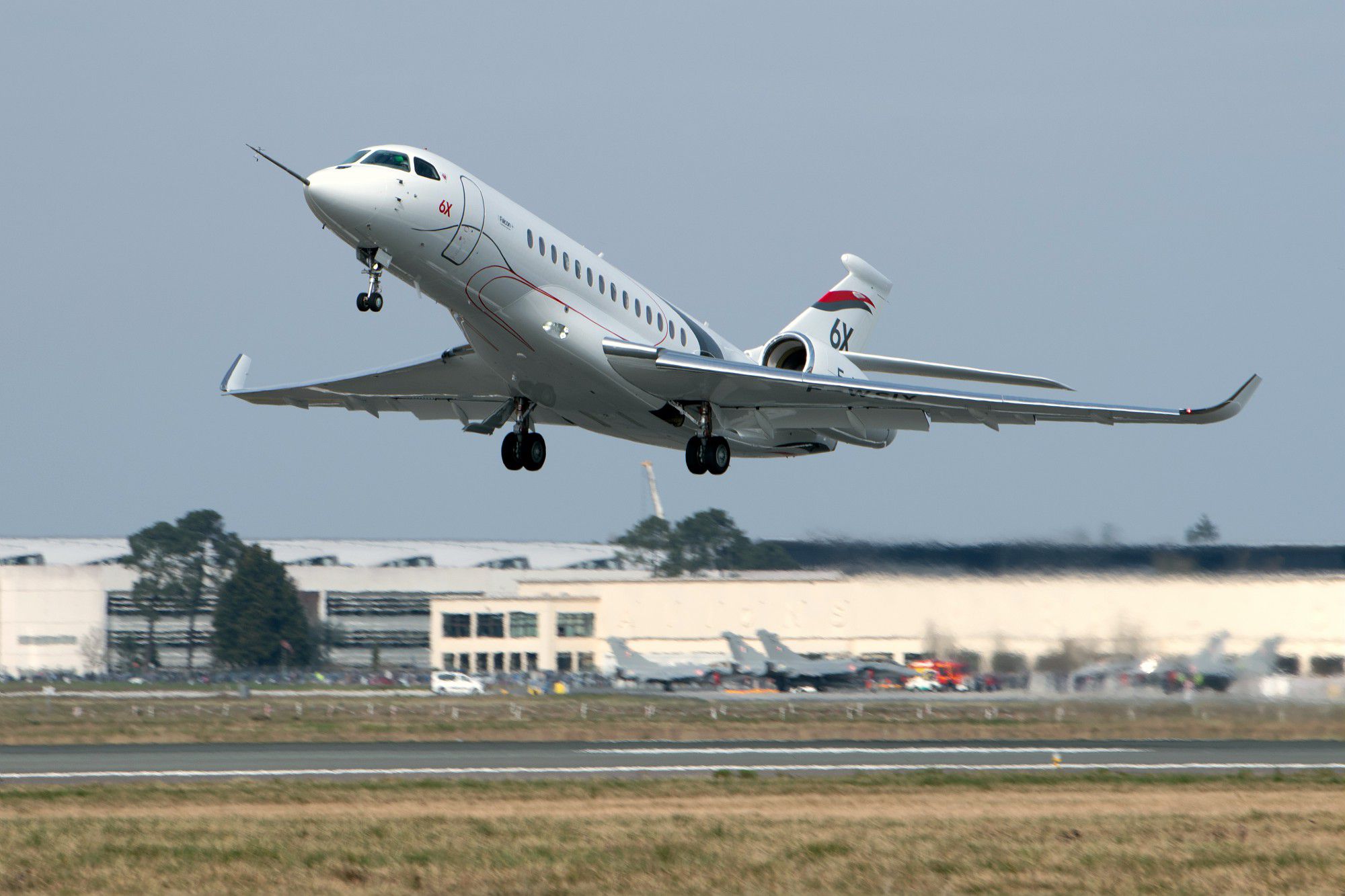 Dassault Aviation’s promise to fly the Falcon 6X in 2021 has been kept with a 2 1/2-hour flight from Dassault’s Mérignac facility near Bordeaux. The Falcon 6X reached 40,000 feet and Mach 0.8, according to the company. The second flight is scheduled as a repositioning flight to the company’s test center near Marseilles.

“Today’s flight is another milestone in Dassault history, made all the more satisfying by the remarkable efforts of the entire Dassault organization and its partners over the challenging past year,” said Dassault CEO Eric Trappier. “We dedicate today’s achievement to Olivier Dassault, who died tragically on Sunday. Olivier was a Falcon pilot who perfectly embodied his family’s boundless passion for aviation.”

The Dassault team’s exuberance at the 6X’s first flight is tempered by the recent death of Olivier Dassault, grandson of founder Marcel Dassault (nee Bloch), who was involved in a helicopter accident on March 7. “Olivier Dassault was a man of many talents: pilot, engineer, politician, artist, whose achievements I have been able to appreciate on many occasions. He was first and foremost, for me, a very present Director, always at the company’s side in the many challenges it faces,” said Trappier. “To his wife and his three children, to his sister and his brothers, our company wishes to express its deepest emotion, its gratitude and its support.”

As we’ve pointed out previously, the Falcon 6X is powered by the new Pratt & Whitney PW812D engine, a variant of the company’s PW800 turbofan. The 16-passenger 6X is expected to have a range of 5,500 NM, top speed of Mach 0.9 and maximum operating altitude of 51,000 feet. Certification is expected in 2022.