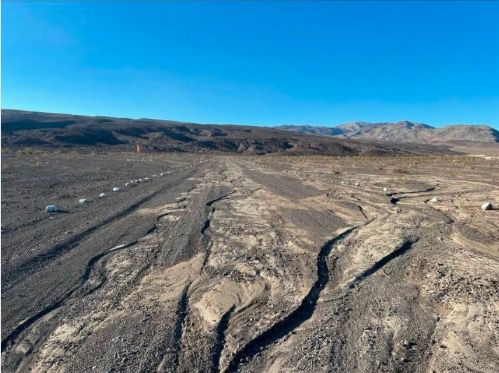 Flooded airports are nothing new but volunteers are being sought to fix up a runway in a seemingly unlikely place to see flooding. Saline Valley Warm Springs Airfield, better known as the Chicken Strip, in California’s Death Valley National Park has been closed after flooding cut deep ruts in the gravel runway. In a three-hour period on Aug. 5, a little less than two inches of rain fell. The area is the driest in the country and gets only about three inches of rain a year.

The deluge, described as a once-in-1,000-year event, filled the flat valley bottoms in the park and water roared over the 1,400-foot strip, which is actually northwest of Death Valley proper. “We are working with the park on organizing a work party,” Katerina Barilova, who’s a member of several backcountry flying groups, said in a Facebook post. “I will announce the date once we have it for anyone interested in volunteering.” It’s the second time in just over five years that flooding has closed the strip. Volunteers fixed it in 2016, too.