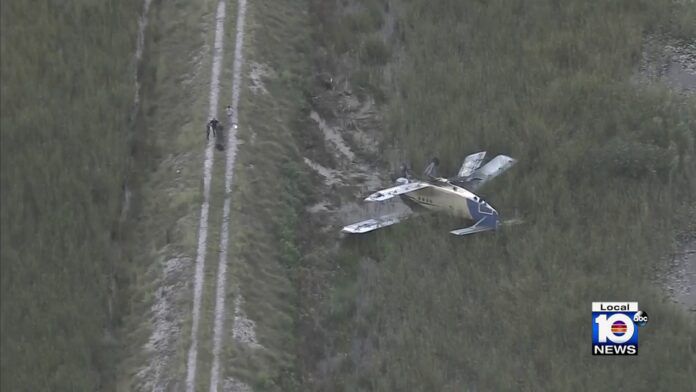 The Antonov AN-2 that a Cuban defector used to fly to Florida in late October crashed near Opa Locka, Florida, on Monday, but it’s not clear who was at the controls. The two people on board were not injured when the big Soviet-era biplane landed in Everglades National Park about 15 miles west of Opa Locka and nosed over in the swamp about 1:30 p.m. According to Local10 News, the plane was on a flight from Dade-Collier Training and Transition Airport to Fort Lauderdale when the pilot apparently put it down on a levee beside a canal. The aircraft departed the levee and flipped.

As we reported earlier, the An-2 was flown to Florida by a 29-year-old would-be migrant named Martinez Machado. He flew it just above the waves from Cuba before declaring a fuel emergency and landing at the airport outside of Miami. He was arrested and remains in the custody of immigration authorities. The plane is owned by Cuban government company ENSA, which does agricultural application and light cargo. The plane is likely a write-off.