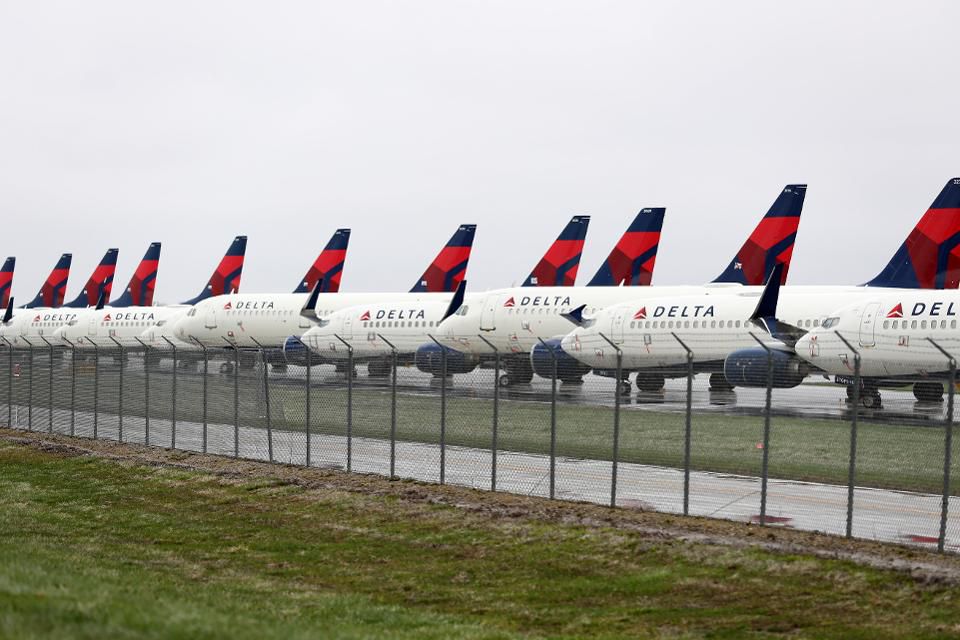 Delta pilots have been told they have guaranteed jobs for at least the next year if they’ll agree to a 15 percent cut in their minimum pay. John Laughter, Delta’s senior VP of flight operations, told pilots in a memo the company is “committed to preventing involuntary furloughs for as many, if not all, Delta people.” About 17,000 employees, including 1,700 of the airline’s 7,900 pilots, have taken voluntary buyouts and the deadline for accepting the package was Sunday. The pay cut option is Delta’s latest gambit in its bid to survive the effects of the pandemic.

Rather than cutting jobs and having the most senior pilots flying the few flights that remain by working regular hours, the airline is trying to keep everyone current. “Our approach is to spread the work of a smaller airline among all our pilots to preserve all jobs—that would be unheard of in our history,” Laughter wrote. Pilots are now flying about 15.5 hours a week, up from the 10 hours they flew in June. In its second quarter Delta’s revenue was down 91 percent and it lost $3.9 billion.