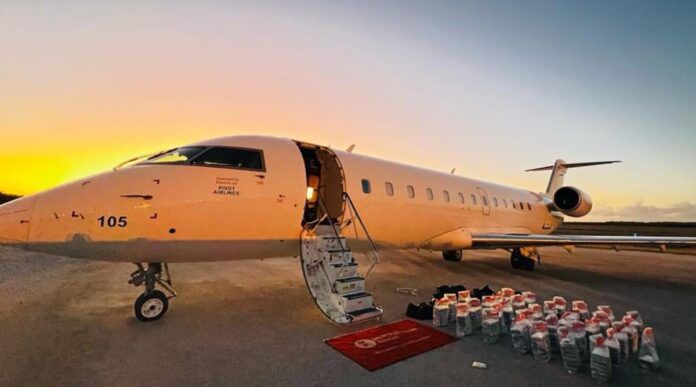 Five crew on a Canadian charter aircraft have been told they will be allowed to leave the Dominican Republic about seven months after they were arrested on what they claim were bogus drug charges. The Pivot Air CRJ crew was jailed after they reported finding almost 500 pounds of cocaine in the aircraft’s avionics bay to local authorities. Instead of thanking them for reporting the drugs, the crew said they were put in filthy prisons with general population inmates, some of whom were angry that they’d turned in the shipment. They were released on bail a month later but have been unable to leave the Caribbean country while the case wound through the courts. On Friday, prosecutors agreed to allow the crew to go home, and they are awaiting a judge’s confirmation of that decision.

Pivot Air CEO Eric Edmondson told Global News that even though the crew has been out of jail for most of their time in the Dominican Republic, it hasn’t been a vacation. The airline has provided round-the-clock armed security and moved them every few months from one safe house to another because of threats by narcotics gang members. “We are deeply relieved that these five Canadians will soon return home to their families and loved ones,” Edmondson said. He said direct intervention by Canadian Prime Minister Justin Trudeau likely helped secure the release of the crew.