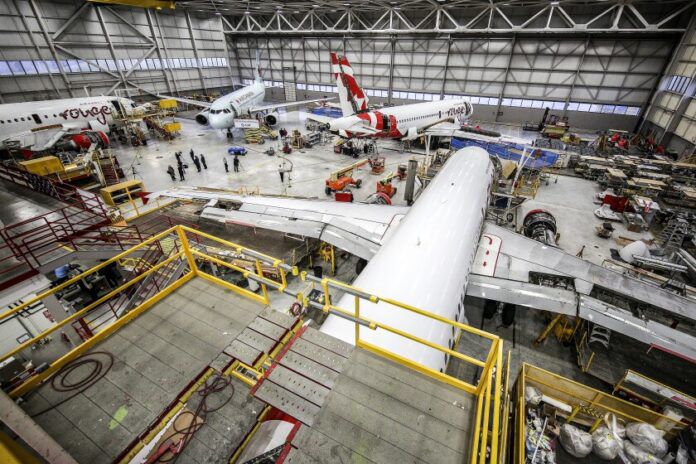 The City of Duluth’s economic development arm has essentially given Cirrus Aircraft a massive 189,000-square-foot aircraft maintenance hangar at the local airport in exchange for adding jobs at its expanding campus there. According to the Duluth News Tribune, the former Northwest Airlines/Delta Air Lines maintenance depot is owned by the Duluth Economic Development Authority and when Delta left town in 2005 it languished largely empty until an MRO named AAR took it over in 2012. AAR closed up in 2020, and the city was left with a large and complex building to maintain at a cost of $57,000 a month. Last week it struck a deal with Cirrus to sell the $10 million building for $1 and to transfer the prepaid lease of the 39 acres surrounding it to Cirrus.

The building has a major connection to Cirrus. After Delta left, the company rented part of the cavernous structure to build the prototype of the Cirrus VisionJet. These days Cirrus, which is now owned by a Chinese company, can hardly keep up with orders for the jet and its SR22 and SR20 piston aircraft. Cirrus is Duluth’s biggest employer and the deal ensures it will keep that title. The company must hire at least 80 more employees in Duluth making at least $36.05 an hour in addition to the 1206 already working there.