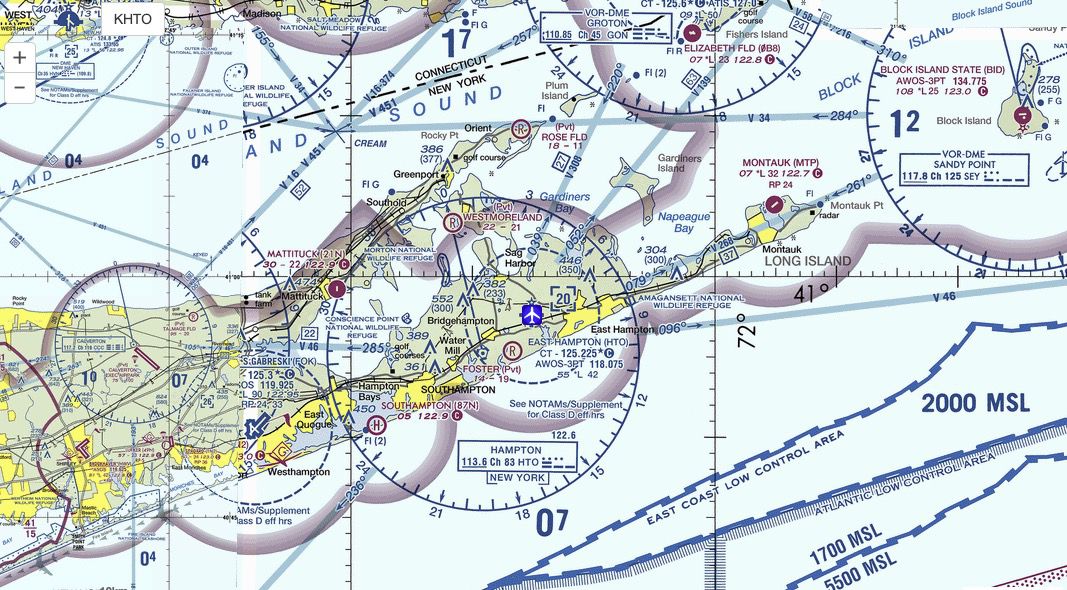 The East Hampton (Long Island, New York) town board announced plans on Tuesday (Jan. 17) to close East Hampton Airport (KHTO) on Feb. 28 and reopen it four days later as a “new publicly owned, private-use facility.” The airport is a prime destination for celebrities and high-net-worth individuals, with traffic intensifying during the pandemic as part-time residents used the airport to escape high-density areas, such as Manhattan, via private jets and helicopters. But the airport has been a political lightning rod for far longer than that.

The move came as no surprise after FAA grant assurances expired at the end of September 2021, and when Peter Van Scoyoc was elected as the new Town Supervisor in November. Van Scoyoc made it clear from pre-election rhetoric that he was dedicated to curtailing traffic at KHTO, if not closing the airport altogether.

The shift from public-use to private-use status means that aircraft using the airport may only do so with permission, affording the town the authority to prohibit commercial use (charter flights, for example), restrict aircraft types and limit hours of operation. And that is likely to happen, given the wording of a statement from the town board, indicating it intends to control “helicopters, jets, and other aircraft that have had an intensifying community impact” generating “thousands of complaints.”

But a New York Post article published this week cited a study that showed that almost 80 percent of Village of East Hampton residents want the airport to stay open, based on necessary services (including medevac and access for relief flights) and jobs. Respondents also expressed concern that the air traffic would not simply go away, but rather would be redirected to other nearby airports, including Montauk (KMTP), Gabreski (KFOK) and Mattituck (21N), as well as Southampton Village Heliport (87N).

In September, as the sunset of FAA grant assurances approached, the Aircraft Owners and Pilots Association cited another study from East Hampton Community Alliance, which found that the airport generates $77 million for the local economy and supports 800 jobs, not to mention millions in tax revenue for the area.

In an October posting, the National Business Aviation Association (NBAA) maintained, “With over 100 based aircraft and 25,000 annual operations, HTO plays an important role in the National Airspace System and is classified as a Regional General Aviation Airport in the National Plan of Integrated Airport Systems (NPIAS) … NBAA joined Friends of the East Hampton Airport to ensure that its members and other general aviation operators continue to have reasonable and reliable access to HTO.”

But to the concern of aviation advocates, the FAA weighed in on prospects for KHTA back in November 2020, when its eastern region director for airports, David Fish, laid out four possible options for the town board following the expiration of the federal grant assurances in September 2021: