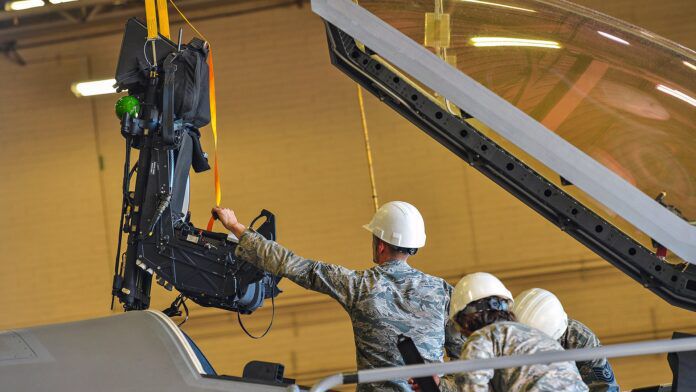 The U.S. military grounded all its F-35s on Friday to speed up the inspection of ejection seats for faulty explosive cartridges. The Israeli air force has also stopped flying the fifth-generation fighter. The Air Force, Navy and Marines have a combined total of more than 500 of the aircraft in three variants. The planes were grounded through the weekend but some may resume flying this week. “The stand-down of aircraft will continue through the weekend, and a determination to safely resume normal operations is expected to be made early next week, pending analysis of the inspection data,” Air Combat Command spokesperson Alexi Worley told Air Force Times. The issue also affects some T-38s and Texan II training aircraft.

The first faulty seat was discovered in April and the Air Force notified the manufacturer Martin-Baker. The company found a quality assurance issue on its production line and the F-35 Joint Program Office issued a routine directive to inspect the aircraft within 90 days. U.S. officials decided to ground the planes to speed up the inspections. The cartridges provide the initial kick to blow the seat and pilot clear of the aircraft and to deploy the parachute. At least three faulty cartridges have been found since then. Each aircraft will be cleared to resume normal operations as soon as the inspection has been passed, and it will take until mid-October to examine the full fleet.