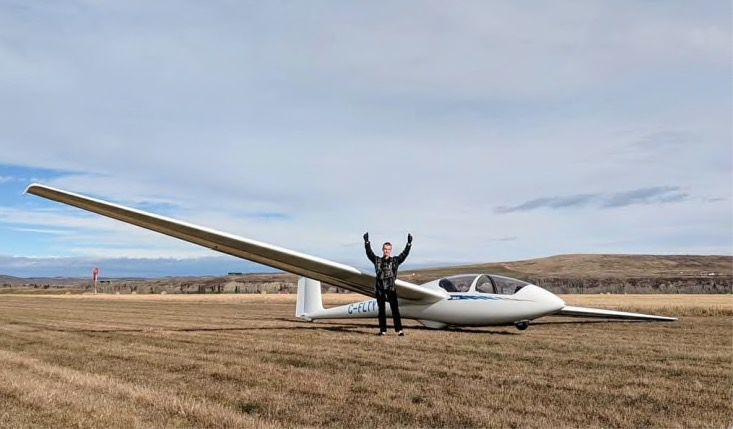 An experienced instructor and an eager teenaged student have been identified as those killed in a Friday collision between their glider and its towplane in western Canada. Allan Wood, 68, and Adam Leinweber died after their Schleicher ASK 21 collided with the Cessna 182 tow plane owned by the Cu Nim Soaring Club near Calgary, Alberta. Circumstances of the crash have not been released. The tow plane pilot was able to land on the club’s grass runway after the collision. He was slightly injured in a hard landing but is also shaken up. It’s not clear if the aircraft was damaged.

The glider crashed adjacent to the runway and was destroyed. Wood has been instructing for more than 15 years and Leinweber was only a few hours away from obtaining his glider license. Club officials said Wood was a passionate instructor. “He started gliding late in his life. It was his birthday present for his 50th birthday,” Alberta Soaring Council President Jason Acker said. “But he took to the sport. … Just an amazing instructor, really passionate, really engaged, huge loss for our community.” Leinweber was a Royal Canadian Air Cadet but was taking the glider training on his own time and had “such a strong passion for aviation.” Transport Canada and the Transportation Safety Board are investigating.