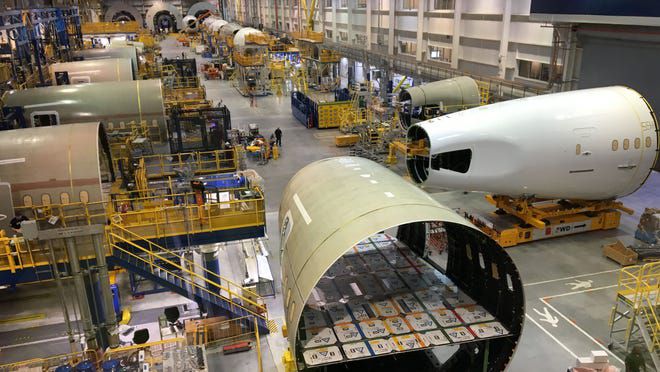 Outgoing FAA Administrator Steve Dickson said Thursday that Boeing needs “a systemic fix to their production processes” at its 787 factory and until that happens FAA inspectors will sign off on each aircraft coming off the line. Dickson told reporters a series of quality control problems that stopped deliveries are up to Boeing to fix and until they do there will be FAA inspectors poring over the aircraft. He said the move “will increase the confidence we have in the stability of their processes, because we will actually be there looking at the results of each airplane as it comes off the line.”

Deliveries were halted last May after it was discovered that titanium fasteners used to hold the aircraft together were improperly made by the supplier. Before that there were issues with contaminated composite materials and also the improper shimming of gaps between composite parts. Dickson said Boeing is working on all the issues. “I think they are putting processes in place and we’re working with them to make sure that these kind of random quality issues don’t come up,” he said. Dickson also said he did not think using FAA inspectors to approve the aircraft would unnecessarily slow production.