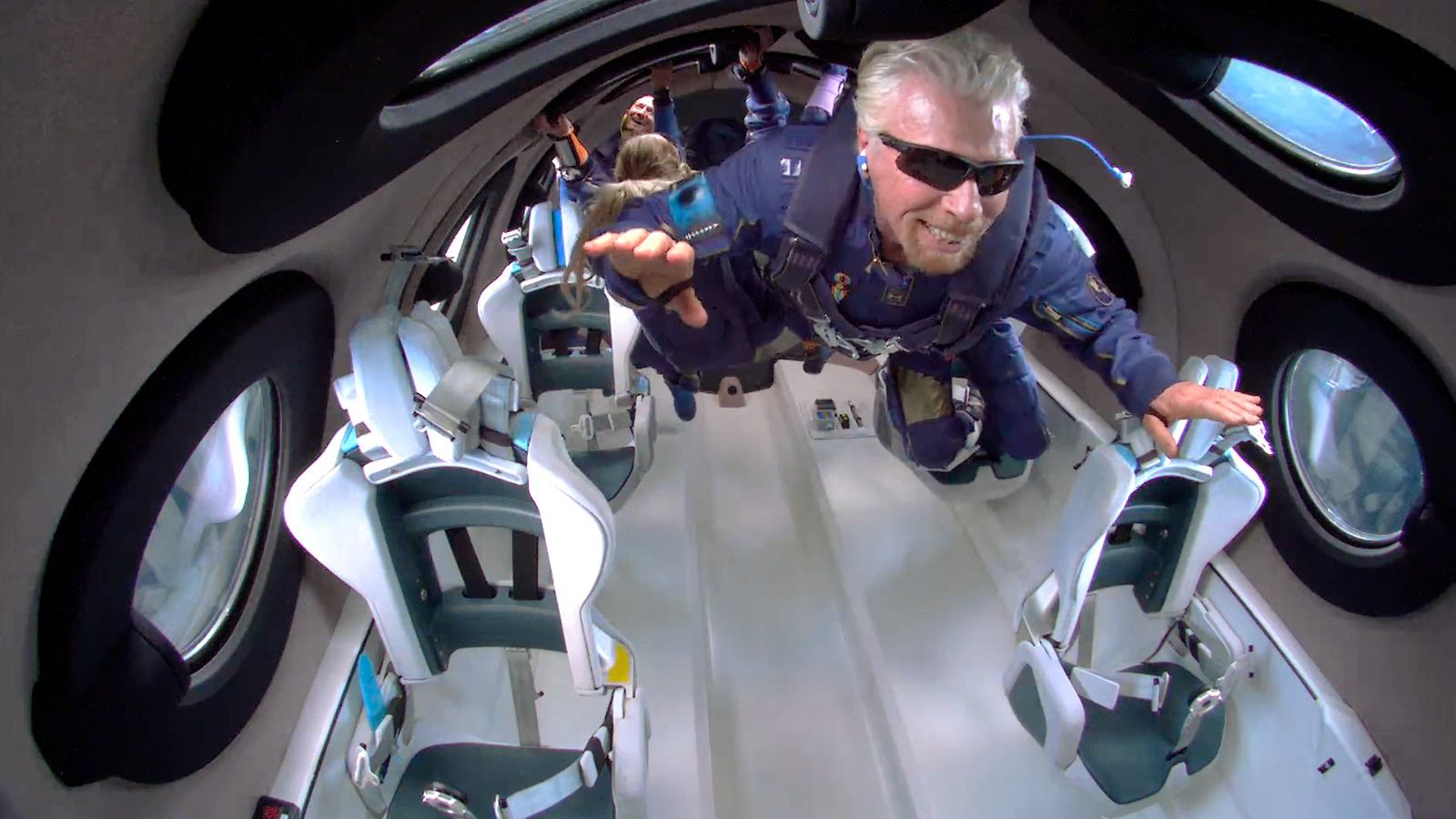 Virgin Galactic says it’s planning its next crewed launch in mid-October after some remedial training from the FAA on the role of the push-to-talk button when flights don’t go according to plan. The agency has lifted its grounding order on the enterprise after the July publicity flight carrying founder Sir Richard Branson and other Virgin Galactic employees went outside its designated airspace on the descent as the pilots compensated for a trajectory error on the launch. Everything worked out all right but the FAA was miffed that it wasn’t told of the diversion while it was happening.

“The updates to our airspace and real-time mission notification protocols will strengthen our preparations as we move closer to the commercial launch of our spaceflight experience,” said Virgin Galactic Chief Executive Michael Colglazier. Virgin Galactic told Reuters the manual revisions specifically include steps to ensure “real-time mission notifications to FAA Air Traffic Control.” The next launch will carry three crew from the Italian air force and National Research Council.