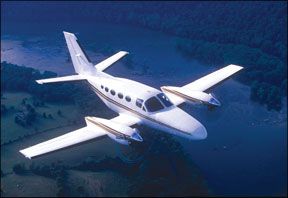 The FAA sent a strong message last week that it would come down hard on operators who carry passengers for hire without all the appropriate certification or qualifications. So-called “gray charter” is cited as a major problem within the air charter industry. It is identified as operators claiming flights that are actually revenue-generating operations are misrepresented as either sales demos or some other dodge to get around the strict (and costly) federal requirements of commercial flying for hire. Legitimate charter operators have long complained that gray charter has been financially undercutting their legal operations.

The agency last week proposed more than $1.2 million in fines against five separate operators it alleges conducted the illegal flights, which it called “careless and reckless, endangering lives or property.” They include Pottco Airlease of Council Bluffs, Iowa, being charged $344,672 in civil penalties for 16 passenger revenue flights flown in a Cessna Conquest turboprop “without a required air carrier or operating certificate.” Also on the list is sister company Pottco Tactical Air, being charged $301,676 in fines for 43 flights flown in a Conquest from airports in eight Midwest states between July and November 2019. The company also lacked required personnel, including a qualified director of operations, a chief pilot and a director of maintenance, according to the FAA’s allegations. The company also “employed pilots who had not passed the required written or oral tests, competency and proficiency checks, including passing a check ride during the preceding 12 months,” the agency said.

Other companies facing six-figure fines for multiple illegal charter flights include Wikert Air and Oracle Aviation, both based in Omaha, Nebraska; and East Shore Aviation of North Charleston, South Carolina. All five companies have been in contact with the FAA about their cases.

Underscoring the importance of combating illegal charter, the rules of which can sometimes be confusing for brokers, passengers and others, the FAA is conducting an online seminar for operators, mechanics, schedulers and passengers on the topic, titled “Preventing and Identifying Illegal Air Charters—Learn How to Prevent and Avoid an Illegal Air Charter Flight”—on Monday, Aug. 23, at 19:00 Eastern Daylight Time.