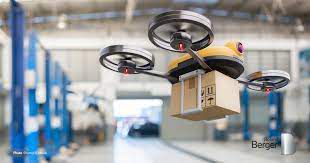 The FAA has announced the next incremental step in putting drones into the National Airspace system with a field test of Unmanned Aircraft System Traffic Management (UTM.) The test will start in the next few months and will gather data on the integration of small drones operating at low altitude. “UTM includes a set of services that are complementary to, but separate from, Air Traffic Management services for manned aircraft,” the agency said in a press release. “It is targeted toward small unmanned aircraft operations in airspace, generally flying below 400 feet, and builds on current rules and capabilities that enable airspace access and authorization.”

The agency and drone manufacturers will fly the drones to simulate real-world circumstances and figure out how to best manage drone operations in different environments. The ultimate goal is to build the regs and standards to allow drones to fly beyond visual line of sight of the operators. “The flight tests will examine how the latest capabilities and standards will work to support the operations in the real world,” the release said.