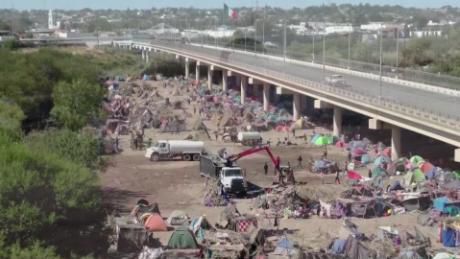 Republican politicians are demanding an investigation into the FAA’s decision to ban drone flights over a bridge in Del Rio, Texas, that was the site of a mass encampment of migrants. The GOP is alleging the move was politically motivated and designed to prevent images embarrassing to the Biden administration from being gathered by media outlets. The FAA said the Dec. 16 flight restriction was imposed at the request of the Border Patrol to keep drones out of the way of its aircraft and that exemptions were granted for at least three media outlets.

Although the camp, which grew to include more than 15,000 people at one point, has been cleared, the drone ban for those without exemptions remains in effect until Sept. 30. The FAA has also established a TFR over a nature reserve near Venice, Florida, as searchers look for fugitive Brian Laundrie. Laundrie is wanted on warrants related to the disappearance and death of his fiancé Gabby Pettito, whose body was found in Wyoming last week. Laundrie was last seen leaving his parents’ home in North Port, Florida, and said he was going to the nature preserve. The TFR is three nautical miles across and goes up to 1200 feet.