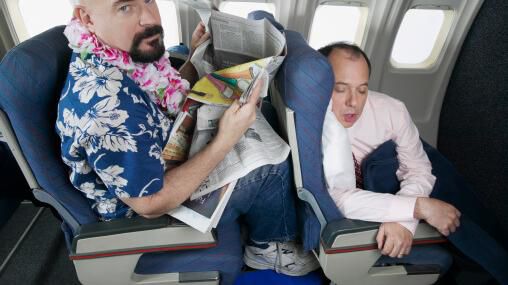 As airliner seats get smaller and Americans get bigger, the FAA has decided to quantify the effect seat size (on the airplane) has on safety. Deputy Administrator Dan Elwell announced the agency will conduct 12 days of emergency evacuation testing at the end of November to see if stuffing ever growing, uh, masses into progressively smaller receptacles makes it harder to get out of an airplane in an emergency. “Americans are getting bigger, so seat size is important, but it’s got to be looked at in the context of safety,” said Elwell.

He said a total of 720 volunteers, from small to extra large, including children, animals and those with disabilities, will take part in the tests. They will be asked to leave a dark aluminum tube in which half the exits are blocked and the flight attendants won’t know in advance which exits are available. “They try to simulate the worst-case scenario,” said agency spokeswoman Lirio Liu. The tests are in response to concerns raised at a congressional committee meeting about airliner design and safety.