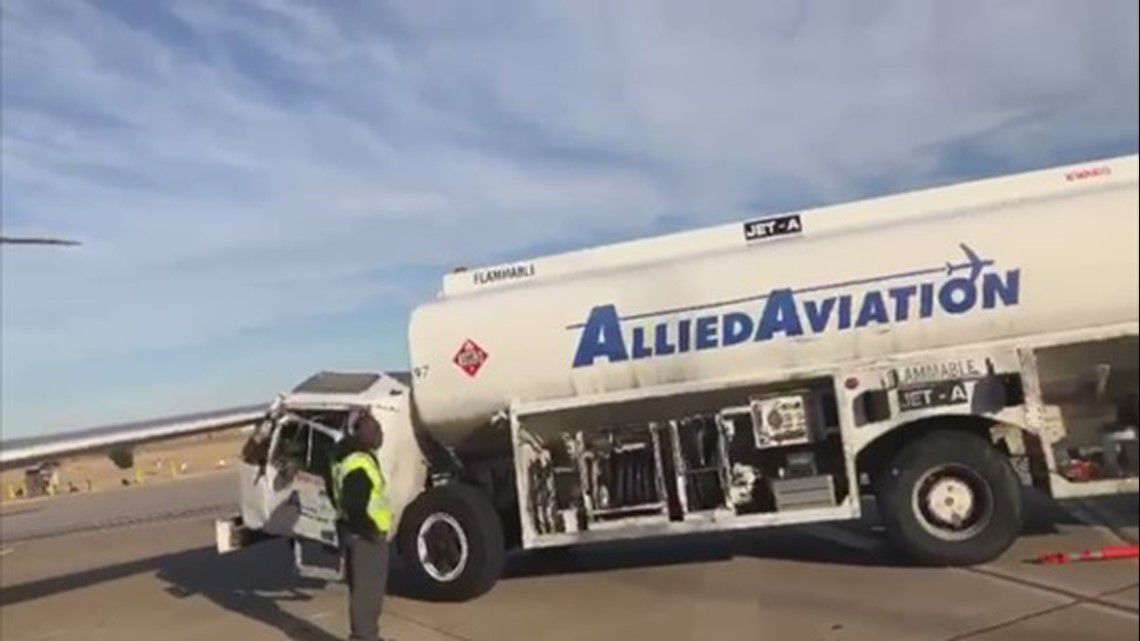 An errant fuel truck careened between two American Airlines CRJs Monday morning at DFW, disabling both and causing the flights to be canceled. News reports say that a flight attendant on one of the CRJs was “evaluated and released” after the accident. No word on the driver of the fuel truck; in fact, it’s unclear if the truck was occupied at the time of the incident. The aircraft were parked at the gate.

“A vendor’s fueling truck impacted two parked Bombardier CRJ-900 aircraft,” said American Airlines in a statement to local news outlet WFAA. “No passengers or crew members were seriously injured. American is reviewing the incident in coordination with the vendor.”

The flights, to Shreveport and Lubbock, were canceled.