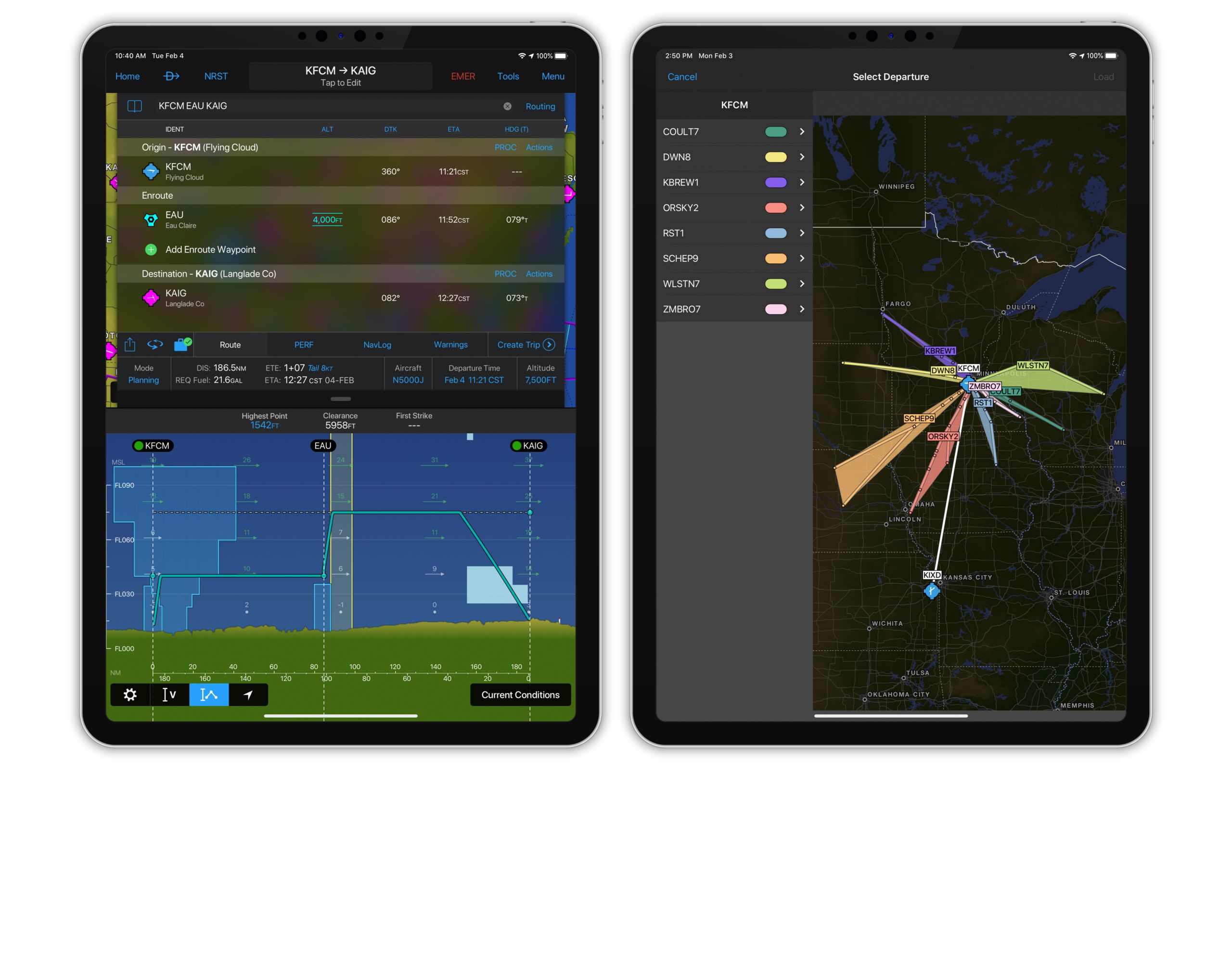 A seamless transition from tablet to cockpit is the theme of Garmin’s updates to the Pilot app announced today. In particular, the new features in Version 10 allow pilots to load instrument procedures—approaches, arrival and departure procedures—directly into the Pilot app and then connect with a range of connected panel-mount navigators. The app’s new features “incorporate professional IFR navigation tools found within Garmin avionics.”

“Leveraging technologies found within Garmin avionics and flight decks, we’re excited to bring this game-changing update to Garmin Pilot customers,” said Carl Wolf, vice president of aviation sales and marketing. “This upgrade gives pilots the ability to load complex routes and procedures into the app just as they would within a Garmin integrated flight deck, offering added convenience, time savings and confidence when transitioning between multiple Garmin products in the cockpit.”

Instrument approaches in the Pilot app database can now be preloaded inside the app; before, you could create a basic flight plan on the app and transfer it to your IFR-legal panel-mounted box, but you’d have to manually fill in the arrival/departure procedures as well as the approach itself once inside the aircraft. The revised app lets you create the salient waypoints as a flight plan before you get to the airplane.

Garmin has also updated the Pilot app to include a “visual procedure selector, custom holding patterns and more, give pilots convenient access to advanced tools all within a mobile app.” The procedure selector, available for airports with charted arrival and departure procedures, should take some head-scratching out of the planning. In particular, the ability to review the available procedures in graphical form should make it a snap to determine which one makes the most sense for the route of flight. (Of course, no guarantee that even if you file it, you’re going to fly it.)

Other new features include the ability to create customized holding procedures and revised vertical planning features that allow for automatic population of procedure altitude limits as well as the ability to manually input crossing restrictions.

As before, the Garmin Pilot App includes a full set of navigation features, including moving maps, full VFR and IFR mapping, traffic and weather (from both ADS-B In and the internet). A one-year subscription to the U.S. Standard version is $79.99, and the Premium upgrade (which offers a terrain awareness display, SafeTaxi, FliteCharts, synthetic vision and more) is another $79.99 a year. Pilot is available for Apple and Android operating systems, though not all features are available on all platforms.