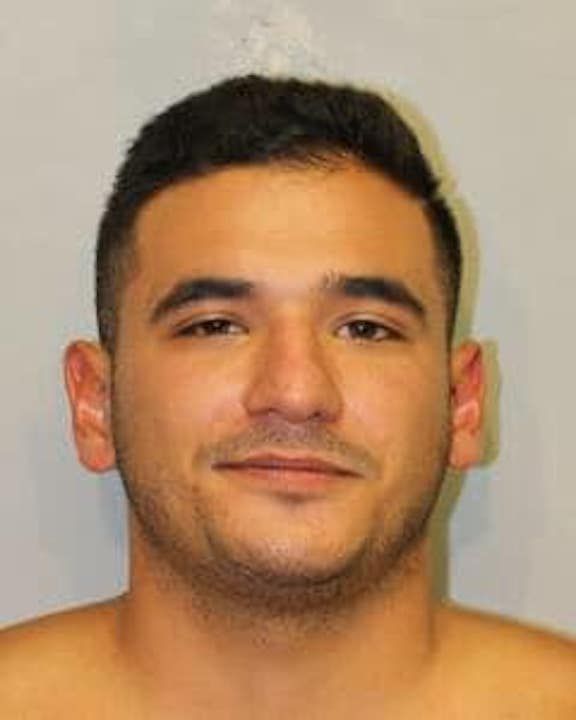 Following a wild Friday, Monday was not a good day for Gabriel Arjona-Molina, and chances are today (Sept. 1) things will get even worse. The Venezuelan national, who had been in Hawaii for two months, has already appeared in a South Hilo courtroom, charged with five offenses including criminal property damage in the first degree (damaging property during the emergency period), attempted theft in the first degree (theft of property valued at over $300 or more during the emergency period and/or theft of property valued at $20,000 or more), unauthorized control of a propelled vehicle in the first degree and criminal trespass in the second degree.

According to a press release from the Hawaii Police Department, at around 1:30 p.m. on Friday, a witness flagged down a South Hilo patrol officer and said a vehicle had crashed through a fence at the airport. In a press release, the police department reported, “The vehicle driver, later identified as 24-year-old Gabriel Arjona-Molina, reportedly parked next to a fixed-winged single-engine aircraft, exited the vehicle, and attempted to manually spin the aircraft’s propeller.”

Unsuccessful at hand-propping the single, Arjona-Molina allegedly moved up to a Beechcraft King Air C90A air ambulance aircraft (valued at $1.5 million). “He gained access to the aircraft via the pull-down hatch and entered the cockpit where he was able to start both engines before exiting the plane,” according to the release. “Officers arrested him at the scene shortly thereafter and transported him to the Hilo police station.”

Bail set at $37,000 was denied, and Arjona-Molina’s preliminary hearing is scheduled for today.