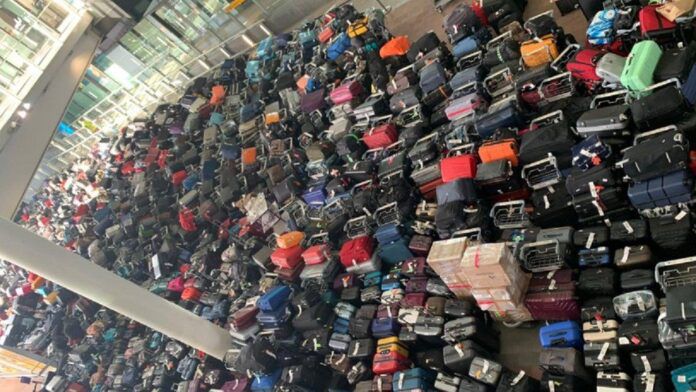 Heathrow Airport has asked airlines to stop selling tickets for departure from the airport until Sept. 11 after capping the number of passengers leaving from there to 100,000 a day. The airport said it’s taking the unprecedented action after an unanticipated boom in air travel crippled its systems and caused frustrating delays and cancellations. “Some airlines have taken significant action, but others have not, and we believe that further action is needed now to ensure passengers have a safe and reliable journey,” Heathrow CEO John Holland-Kaye said in an open letter to passengers. “So we are asking our airline partners to stop selling summer tickets to limit the impact on passengers.”

Airlines have flights scheduled that have the capacity to carry 104,000 people but they’ve only sold 101,500 tickets so far. If they stop immediately, Heathrow will still be slightly over its projected capacity and there will be continued disruptions, but presumably they will be worse if those other 2,500 people show up. Baggage handling has been one of the hardest hit areas. Delta Air Lines chartered an A330 to go and pick up bags stranded at Heathrow and bring them back to the U.S. for sorting and distribution. Ground handling has also been a chokepoint at Heathrow.