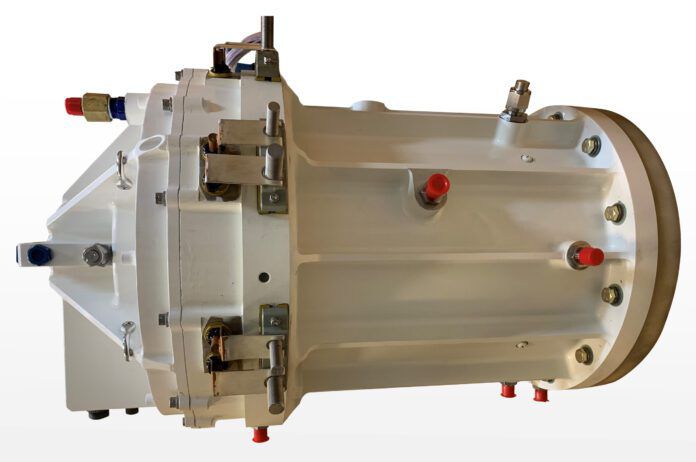 Honeywell announced it has tested a one-megawatt generator designed specifically for hybrid electric aircraft. The generator weighs 280 pounds and has an efficiency rating of about 97 percent. “[The generator] delivers enough energy to power an entire neighborhood block,” Honeywell said in a news release. “Its compact size, low system weight and fuel savings translate into sustainable and operational benefits for hybrid-electric propulsion and other applications such as mobile charging stations, turbogenerator systems that can be flown in remote areas, and directed energy systems.”

The device was tested running continuously at 900 kilowatts during the test and Honeywell says its small size is a major technological advance in hybrid aircraft development. Its power output is calculated at 8 kW per kilogram (about 3.5 kW per pound) compared to about 0.65-1 kW per pound for existing generators. Honeywell’s generator is designed to work with the company’s gas turbine engines to create the most power-dense turbogenerators in the industry, including the ability to run on sustainable aviation fuel, and will “usher in an era of cleaner and less expensive air travel.”