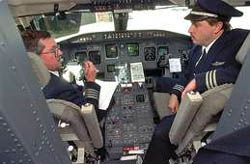 “(NOTAMs) are just a bunch of garbage that nobody pays any attention to,” said NTSB Chairman Robert Sumwalt during the 2018 hearing on the infamous Air Canada incident, in which pilots missed a critical piece of information. Unnoticed on page eight of a 27-page briefing package was the fact that one of the destination airport’s two runways was closed.

The pilots chose the wrong reference point and lined up to land on a taxiway, narrowly missing four waiting aircraft before aborting the landing.

Even before that incident, critics had cited data overload in NOTAMs as a safety hazard. That finally resulted in an International Civil Aviation Organization (ICAO)-led effort to restructure the system.

Its first step is to purge outdated NOTAMs. According to ICAO, a fifth of some 36,000 active notices are still on file beyond the prescribed 90-day expiration period.

Next, ICAO proposes prioritizing critical warnings at the top of the crew’s briefing package and enabling airline dispatch departments to eliminate those that do not affect the flight.

Finally, the organization suggests updating the format of NOTAMs to make them more reader-friendly. Australian Federation of Air Pilots Safety and Technical Director Stuart Beveridge said, “So, we’ve actually suggested they move into the 21st century and look at upper and lower case, punctuation, plain standardized language, and time formats that are not just strings of numbers.”