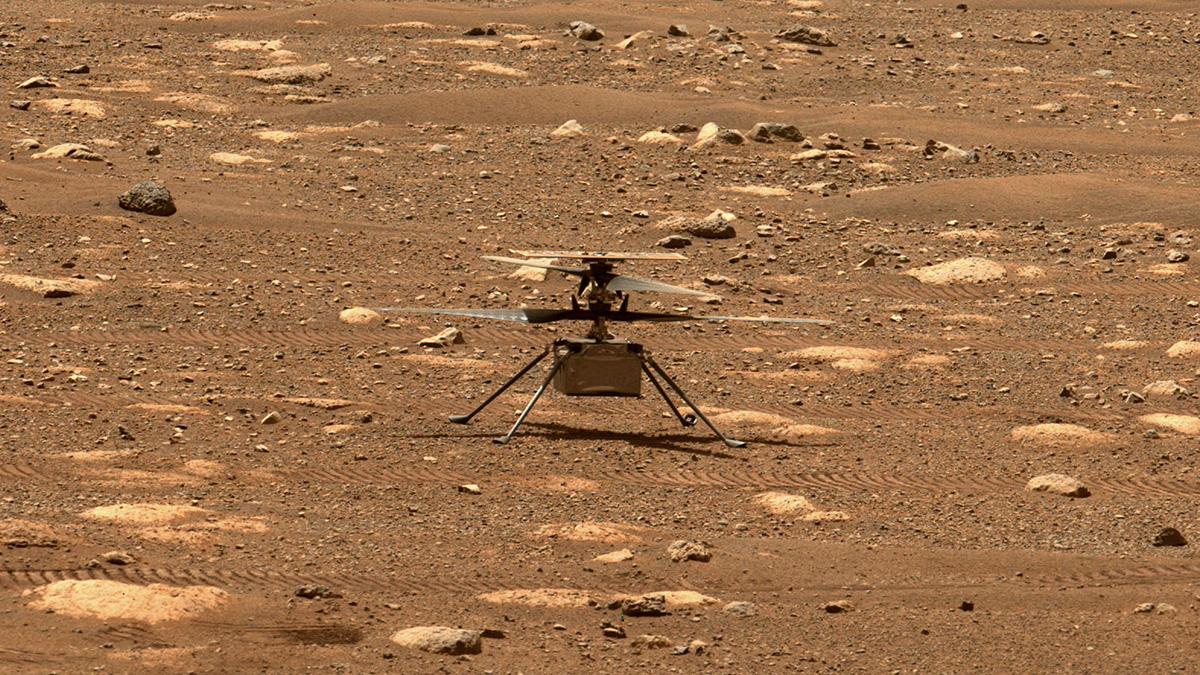 The first flight of Ingenuity, the drone helicopter taken to Mars on the Perseverance mission, has been postponed until at least Wednesday after a high-speed rotor test was shut down prematurely on Friday. The spin-up of the counter-rotating rotors to 2500 RPM was cut short when the “watchdog timer” on the craft detected a problem and ended the test. “The watchdog timer oversees the command sequence and alerts the system to any potential issues. It helps the system stay safe by not proceeding if an issue is observed and worked as planned,” NASA said in a news release.

NASA said the drone itself is fine and has transmitted all the data regarding the test back so engineers can go through it and see what happened. Once the issue has been addressed a second high-speed test will be scheduled, but not until at least Wednesday. The high-speed rotor test is the last before the drone flies. The rotors have to spin at that rate to bite the thin Martian atmosphere, which is just 1 percent of the density of the Earth’s.