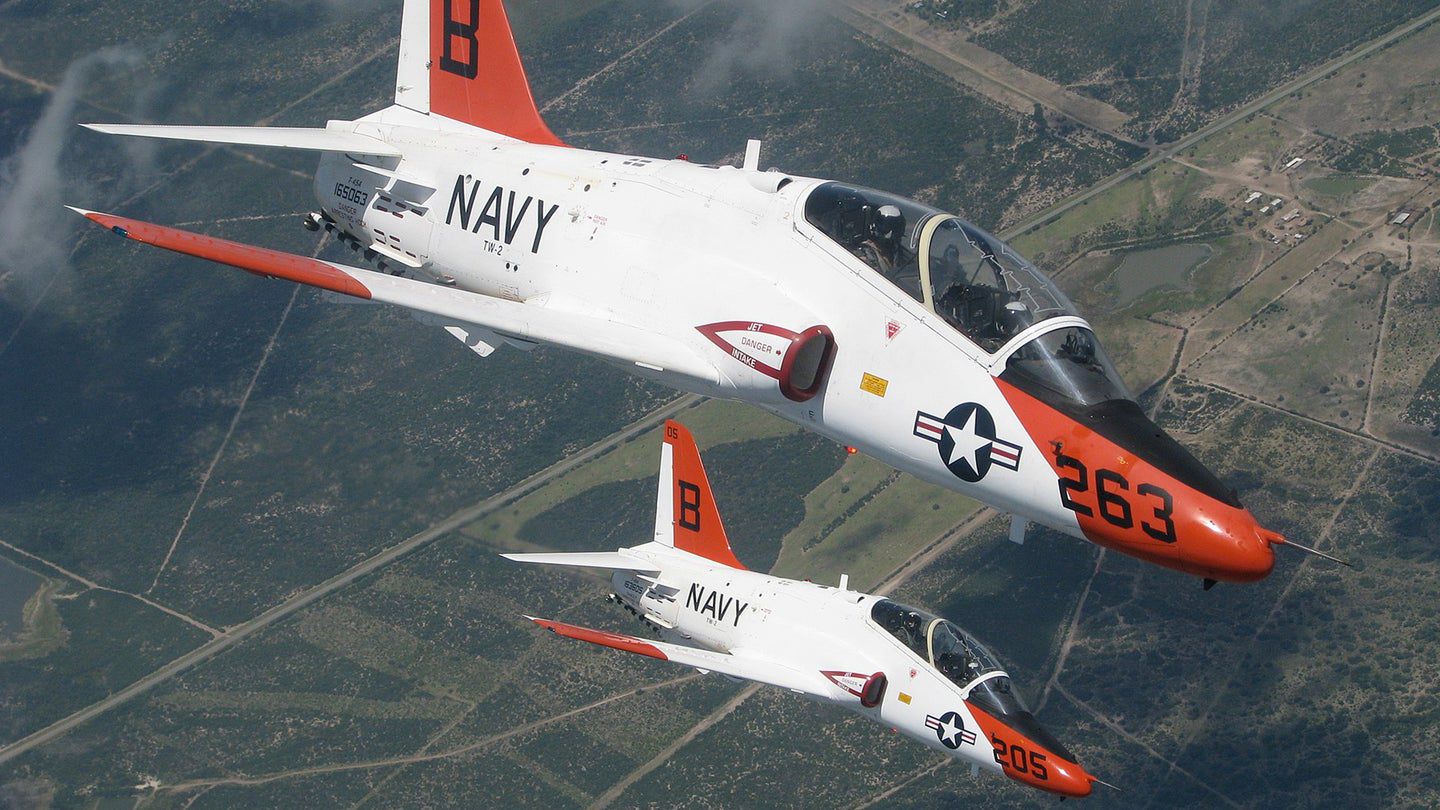 The aviation community—and much of the rest of the population—continues to buzz over last week’s miraculously no-injury midair collision at Centennial Airport in Denver. But meanwhile, a second midair, this one involving a pair of Navy jet trainers, took place on Monday in Texas, and on Saturday, in Wisconsin’s heavily wooded Kettle Moraine forest region, the second Cirrus parachute pull within a few days is being credited with saving the lives of all three aboard.

As confirmed by the Navy, two of its T-45 jet trainers, for as-yet-unknown reasons, collided approximately nine miles from their base at Naval Air Station Kingsville, Texas. One was able to return to base and land safely, while the student and instructor in the second jet safely ejected before it crashed near Ricardo, Texas. One of the crew members was taken to a hospital for minor injuries. An official communication from the Chief of Naval Air Training confirmed details of the 11 a.m. CDT accident.

The T-45s were operated by Training Squadron 22 (VT-22) the “Golden Eagles.” According to The Drive, the training syllabus consists of 131 sorties covering 162.1 hours in the T-45, including air combat maneuvering, air-to-ground operations and carrier qualification.

On Saturday, May 15, witnesses on the ground in Whitewater, Wisconsin, one of whom described the weather as “heavy fog and mist and cloud cover,” heard what turned out to be a Cirrus SR22 flying overhead. They reported that the engine subsequently went silent, and they called 911.

In a press release, the Whitewater Fire Department posted that it was dispatched at 9:19 p.m. to investigate. According to the report, the pilot placed a 911 call from the Cirrus, which was lodged in the tree canopy approximately 75 feet above the ground. The fire department reported, “It took crews approximately five hours, utilizing rope systems, to safely extract three occupants from the single-engine aircraft.” No one was injured and the pilot and passengers “were quickly reunited with their families.”

Efforts to remove the aircraft from the treetops are “ongoing.”