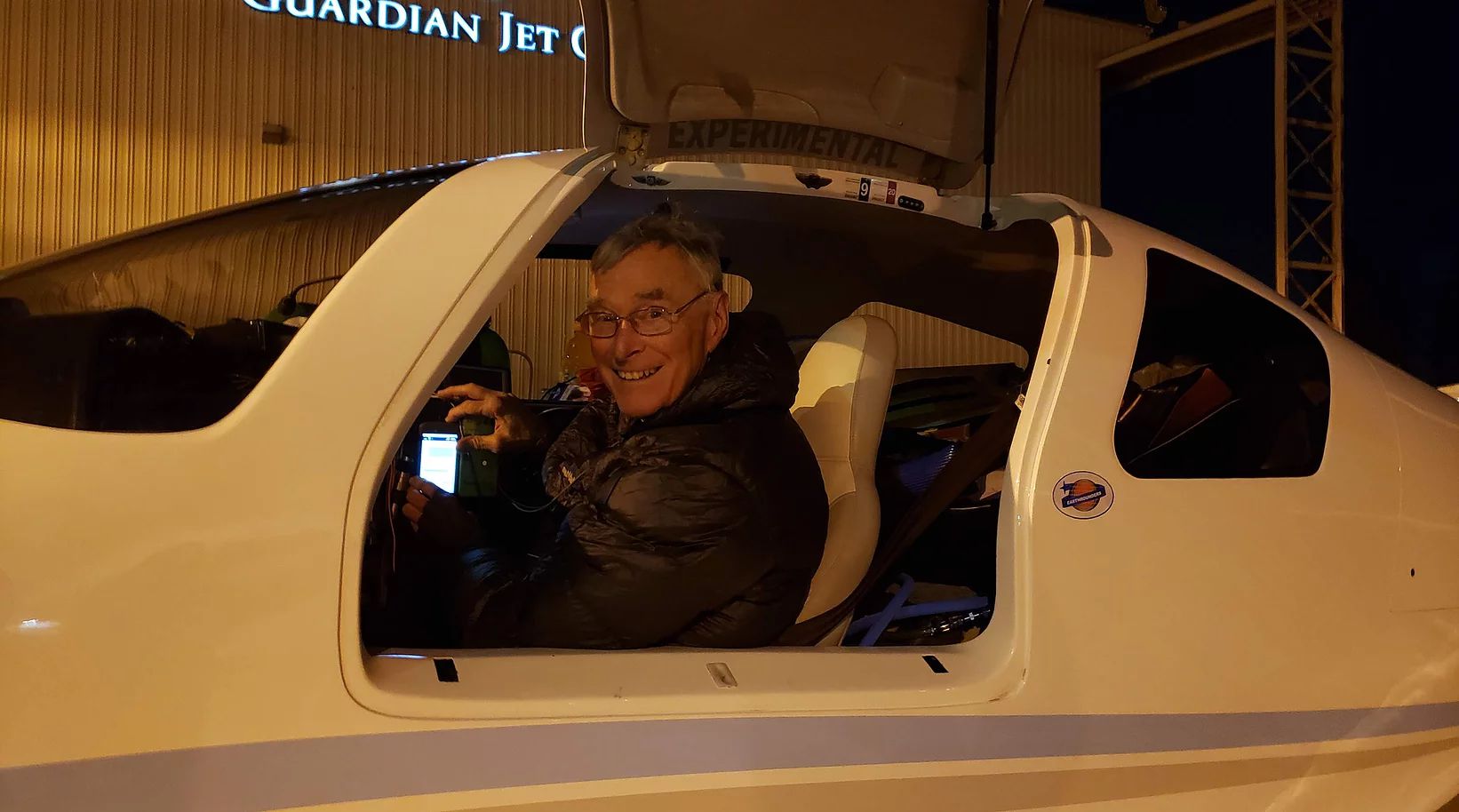 Almost 60 years after Max Conrad’s set a westbound around-the-world record, Bill Harrelson and his Lancair IV have broken it wide open. Completing the journey in five legs, Harrelson landed back in Ontario, CA, with a trip duration almost 20 hours ahead of Conrad’s Piper Aztec-flown record. All told, Harrelson flew a bit over 120 hours. According to his blog, once he landed on Sunday, “… his immediate plans are to REST! Once he has recovered and the weather improves in Virginia, he’ll fly home. Just another 2000 miles or so …”

With a route whose legs included Ontario to Honolulu, then to Jakarta, Cape Town, San Juan, Puerto Rico, and back to Ontario, the longest was Hawaii to Jakarta at 32 hours and 10 minutes, though the Cape Town to San Juan leg was only marginally shorter. Harrelson’s flight was to begin in Florida, but a mechanical issue caused a diversion to Austin, Texas, and then a combination of unexpected headwinds and further mechanical gremlins caused him to turn back toward California on Dec. 6. An ignition system issue solved, Harrelson repositioned to Ontario to restart the journey on Dec. 8. He landed again in Ontario just after 9 p.m. local time on Dec. 16. Conrad’s flight began on Feb. 27, 1961, and ended on March 8, averaging just more than 106 knots.

In order to make such long legs, Harrelson’s Lancair IV is fitted with a series of fuel tanks totaling 361 gallons. Key to his system is a 15-gallon header tank that feeds the Barrett-built IO-550 engine directly and is fitted with redundant quantity indicators. Fuel getting to the header tank comes through a valve that normally manages the enlarged wing tanks. But Harrelson added four separate tanks (two collapsible) to the back-seat area, and replaced the copilot seat with two tanks (one in the footwell). Harrelson managed flow from these eight tanks manually, and says that by careful design virtually all of the fuel is usable.

While Harrelson waits for official FAI approval for his most recent flight, he can still point to two previous world records. In 2013, he set a distance record for the C-1, D class, at more than 7051 NM, by flying nonstop from Guam to Jacksonville, Florida. His second record was a pole-to-pole attempt in 2015 completed in just under 25 days and 174.9 flying hours, covering an actual 31,118 NM at an average speed of 37.9 knots. A two-part story on this record can be found at our sister publication, KITPLANES. Post record flight, his ground crew “will fade back into their former lives as beekeepers, beach bums, engineers, glider pilots, airline pilots and general aviation enthusiasts.”