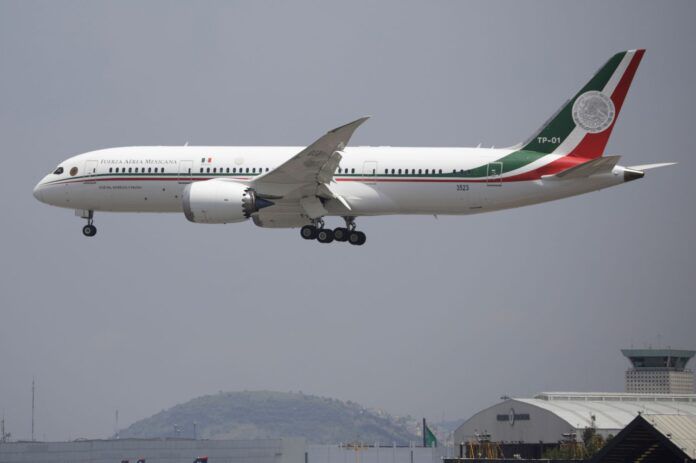 The Mexican government’s most expensive aircraft may become a gift to a government-sponsored airline that doesn’t exist yet. As we’ve previously reported, Mexican President Andres Manuel Lopez Obrador has been trying to unload an early Boeing 787 that former President Felipe Calderón bought for $115 million as the presidential aircraft in 2012. He never got to use it but his successor Enrique Pena did fly on it when it was delivered in 2016 with $100 million executive conversion. When Obrador was elected in 2018, he vowed never to set foot on the plane (he flies coach), which underwent more than $100 million in renovations to convert it into the official aircraft. But he’s also been unable to find a buyer or even a raffle winner for the plane in a series of schemes. Canada apparently kicked the 787’s tires but went with an A330 that can also be used as a tanker, troop transport and cargo aircraft.

Obrador’s latest idea is to give the hangar queen to an airline his government is hoping to create through a company owned by the Mexican Army. Obrador wants to name the new airline Mexicana de Aviacion after an airline that went bankrupt in 2010. But the Dreamliner won’t go into scheduled service. Obrador wants it to be used as a perk for airline employees, whisking deserving workers to resorts and vacation spots as a “reward for their service,” according to SimpleFlying.