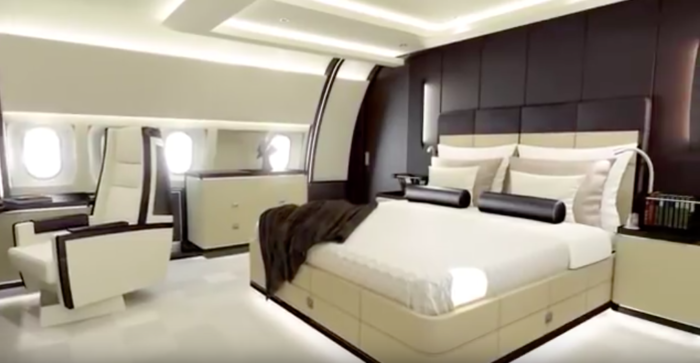 The government of Mexico is considering raffling off the presidential 787 Boeing Business Jet, with tickets selling at 500 pesos ($27) each. The aircraft, purchased by the previous government of Enrique Pena Nieto for $218 million, has an 80-seat executive configuration, including a presidential suite with bedroom and bathroom. It hasn’t left the ground on state business since the new President Andrés Manuel López Obrador took office in December of 2018, vowing to never use the Dreamliner and to fly commercial instead. The country is willing to take a bath on the sale of the plane and has set a minimum price of $130 million. The highest offer so far was $125 million. To meet its reserve, the government would have to sell about 4.8 million tickets and it’s hoping the lottery would attract 6 million buyers for a respectable $160 million total take. The cushion would presumably cover the year of operating costs included in the deal.

Mexico ordered the BBJ in 2012, took delivery in 2016 and Pena Nieto obviously didn’t share his successor’s disdain for such presidential trappings. He used it 214 times in his 30 remaining months in office on domestic and international flights. If the raffle idea doesn’t fly, Mexico is considering other options to get value out of the big Boeing, including leasing it or even trading it to the U.S. for medical equipment. Lopez Obrador’s political opponents don’t think much of the raffle idea. National Action Party spokesman Juan Carlos Romero Hicks said the lottery was offensive to the people of Mexico and said López Obrador “needs to grow up.”