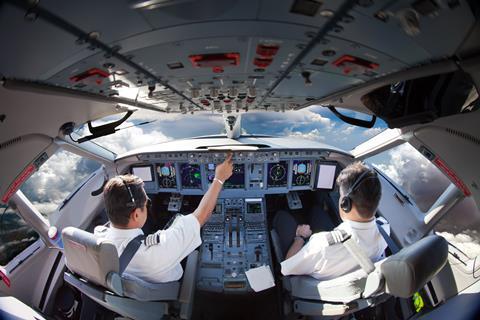 CAE, the world’s leading simulator and training provider, has released a report that says out-of-work pilots who stick it out until the industry bounces back from the pandemic will have their pick of jobs, an optimistic view that stands out from the sour mood of those now living through it. The company says 260,000 pilots will be needed through the end of the decade and there’s going to be tens of thousands of openings and early as the end of 2021. CAE’s rosy predictions are contained in its regular 10-year forecast for pilot demand and it says the pandemic will actually improve pilot prospects if they can survive another year. A collision of circumstances, fueled only in part by the pandemic, are the basis for that forecast.

“Many [pilots] have pivoted to other professions and might not want to resume their pilot careers,” CAE said. “On the one hand, airlines and operators have reduced the pilot workforce to offset the financial impact of the pandemic. On the other hand, data indicates that the industry will face significant challenges in the upcoming years to meet the demand for pilots.” Compounding the economic attrition is the fact that thousands of pilots riding the retirement age extensions granted a few years ago will be hanging up their stripes for good in the next two years and others aren’t far behind. “The percentage of pilots over the age of 50 continues to increase versus the total civil aviation industry pilot pool,” CAE said. “Currently, this pilot population age represents a disproportionally high rate.”

Meanwhile some of those in the industry whose enlightened self-interest would normally make them cheerleaders for new pilots are apparently throwing in the towel. The British Airline Pilots Association (BALPA) has taken the unprecedented step of warning would-be pilots to find something else to do. The union issued a statement last week saying that with 10,000 pilots grounded in Europe, anyone starting flight training now will likely end up $150,000 in debt and with no job prospects. The release was punctuated by British Airways announcing it expected more job losses and route cancellations in November after the U.K. government banned leisure travel to curb virus transmission.