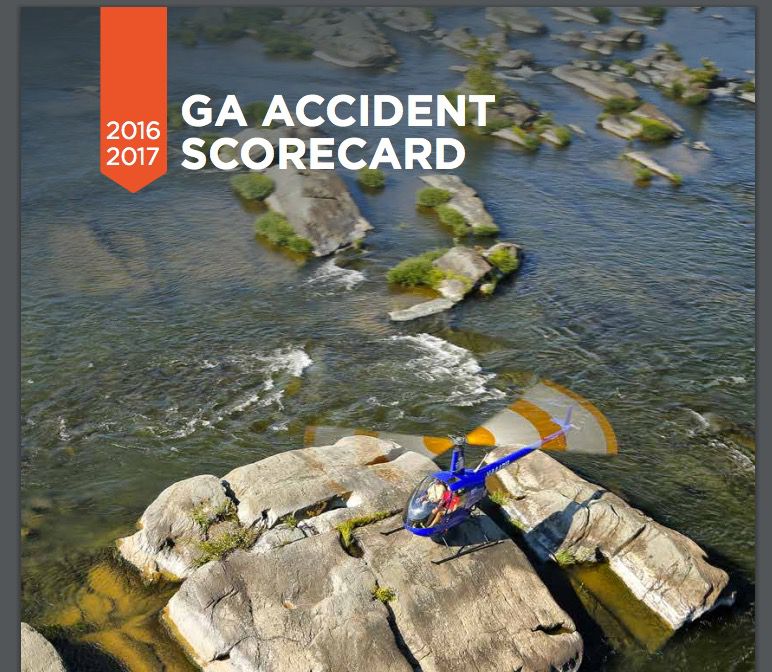 Even with higher flight activity, the general aviation fatal accident rate continues to decline, according to the just-released AOPA Joseph T. Nall Report. In 2015, the fatal rate was at a historic low of 0.92/100,000 flight hours and in 2016, the most recent year for which reliable data is available, it inched down further to 0.80. However, with total accidents higher, the overall accident rate moved up slightly from 4.87 in 2015 to 4.92 in 2016, with increasing flight activity not great enough to offset the higher numbers.

The Air Safety Institute’s Richard McSpadden attributes the lower fatal rate to various industry safety initiatives and programs, some from the FAA and some from advocacy groups. Although the trends are generally positive, there are some rough spots in the data. For instance, the total number of non-commercial fixed-wing accidents reached 1037 in 2016 up from 961 in 2015, an increase of almost 8 percent. However, the percentage of these accidents that proved fatal was significantly lower—15 percent in 2016 compared to 20 percent in 2015. Landing accidents, according to the report, were up sharply, from 263 to 2015 to 334 in 2016, an increase of 27 percent. Although these accidents bend metal, they are rarely fatal. For the tailwheel aficionados among us, 129 of those accidents were in taildraggers, but none of those were fatal.

Further good news comes from a sharp decline in weather-related accidents, both fatal and non-fatal. In 2015, there were 30 fatal weather-related accidents, but only 12 in 2016. Non-fatal weather accidents dropped to 23 in 2016 from 39 during the previous year. ASI’s McSpadden says cockpit datalink weather might be one reason for this decline. Similarly, fuel management accidents may have been driven down by better technology. They dropped sharply in 2016, too, to 63 from 81 in 2015.

The Nall report shows that personal flying continues to account for the largest percentage of fatal accidents (78.8 percent) while instructional and other types of GA flying trail far behind. Instructional flights, for example, account for 8.1 percent of fatal accidents in fixed-wing aircraft but about 17 percent of total hours flown. Reflective of higher training standards and different flight profiles, commercial flying has a lower overall rate (1.98) than the GA average and also a lower fatal rate, although it rose slightly in 2016.

This year’s Nall report for the 2016-2017 season is the 28th for AOPA. It honors the memory of Joseph T. Nall, an NTSB member who died as a passenger in a Venezuela aircraft accident in 1989. This year’s Nall report introduced a new, web-based format that improves the ability to search the report’s data. Find the full report here and that data summary­ charts here.