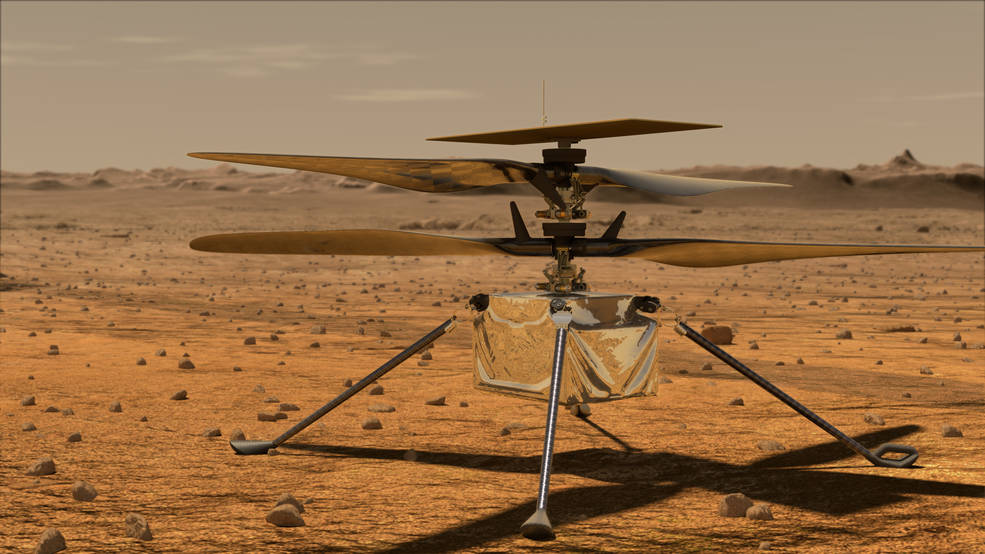 NASA is expanding the test envelope for the Ingenuity space copter after a series of successful sorties on Mars. Last month, Ingenuity, become the first lift-supported aircraft to fly on another planet.

With Ingenuity having met its early goals, NASA has expanded the experiment to an “operational demonstration,” planned to stretch Ingenuity’s range and explore different parts of the planet from above the surface of Mars. To date, Ingenuity had been taking off and landing close by the Perseverance rover “mother ship,” which landed at the red planet’s Jezero Crater in February.

Early goals for Ingenuity were limited to testing how high and how far the aircraft could go, progressively stretching the envelope with every flight. The demonstration flights were expected to end in early May. Ingenuity is also expected to fly in support of Perseverance’s ongoing mission. NASA says the helicopter could explore nearby terrain to send back video of scientific interest or to help map suitable terrain for the rover to navigate. These additional unplanned flights are “a bonus and not a requirement for Perseverance to complete its science mission,” according to a NASA statement.