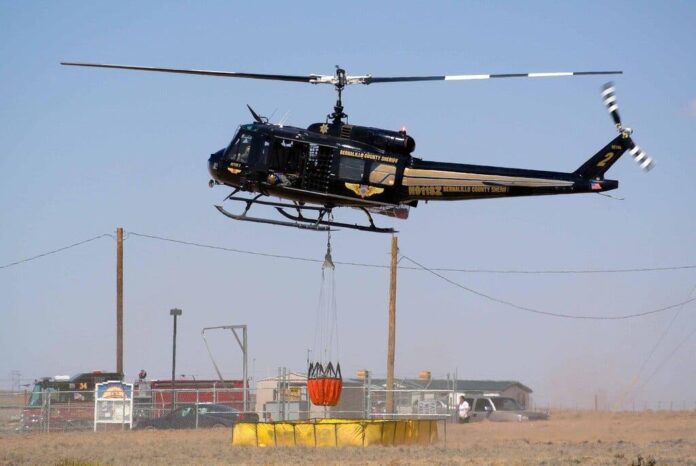 Three men from the local sheriff’s office and a town fire official were killed in the crash of a Bernalillo County Sheriff’s Office Bell UH-1H Huey helicopter near Las Vegas, New Mexico, on July 16. Killed were Undersheriff Larry Koren, Lt. Fred Beers, Deputy Michael Levison and Matthew King, a local fire department rescue specialist. The aircraft was returning from helping out fighting a nearby wildfire when the accident happened. No details of the crash have been released.

The aircraft had reportedly been used to fight two fires in the East Mountains near Albuquerque. It is equipped for scooping and dropping buckets of water. “At this time the investigation into this incident is in its preliminary stages,” said Sheriff’s office spokeswoman Jayme Fuller in a statement Sunday morning. “As we learn further details, we will provide them through official press releases. Please keep these individuals and their families in your thoughts and prayers tonight.”