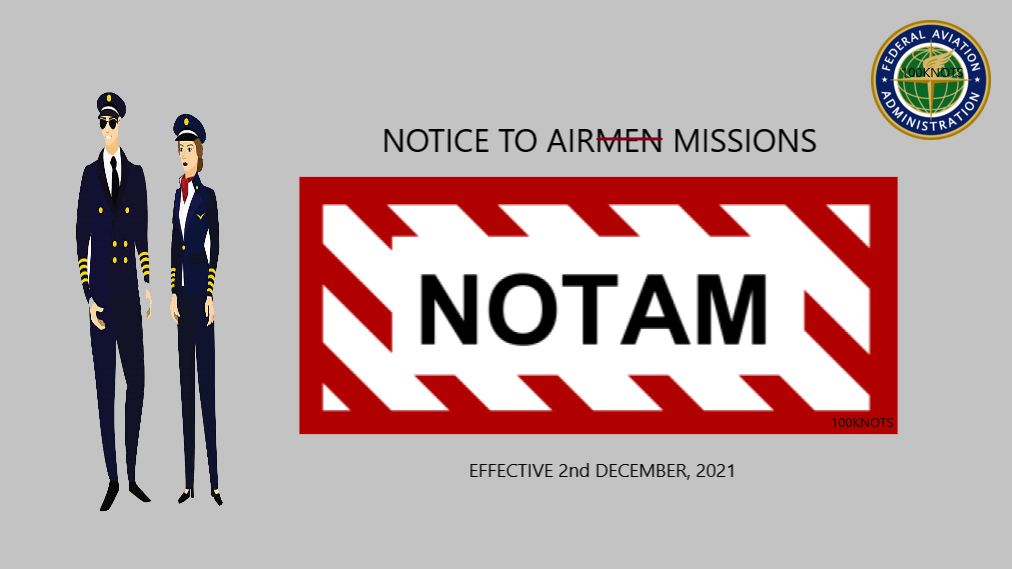 A NOTAM is still a NOTAM but the words represented by the acronym now represent the FAA’s foray into modernizing and gender-neutralizing aviation terms. As of Thursday, NOTAM means Notice to Air Missions, which the agency says is “more applicable” to the role of the notices and is “inclusive of all aviators and missions.” The agency has purged all of the relevant guidance and regulatory documents of the former long-form term Notice to Airmen. Although the acronym part is getting the most attention, the revisions also contain changes that bring FAA terminology in line with that of the International Civil Aviation Organization (ICAO).

The term “good” as a criterion for braking action has been removed and the agency has added more detail to describe the operation of runway alignment lights to replace the single term “unserviceable” because it “did not accurately describe the reduced condition of the ALS.” There are some housekeeping changes (Las Vegas’s airport is now Harry Reid instead of McCarran) and ASOS and AWOS automated weather stations are now treated the same in NOTAMs.