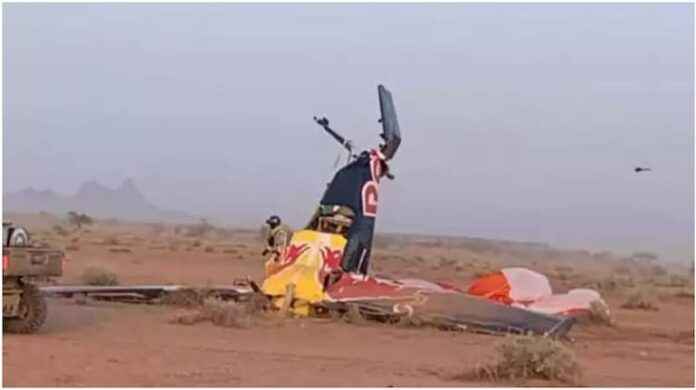 In what may be the shortest final report ever issued by the NTSB, the board found the probable cause of the crash of a Cessna 182 being used in a made-for-streaming airplane swap stunt for Red Bull last April to be “exceedance of the critical angle of attack which resulted in a stall, subsequent inverted spin, and impact with terrain.” The board spent just 150 words in its analysis of what went wrong (and right) with the stunt, which sparked intense media and forum discussion for days after the 182 slammed vertically into the desert.

Red Bull pilots Luke Aikins and Andy Farrington were trying to switch airplanes while they and the aircraft were freefalling. Aikins managed to get into Farrington’s plane and safely land but Aikins’ plane went into an inverted spin and Farrington had to parachute to safety. Both pilots had their certificates revoked. The FAA revealed that they had applied for an exemption from FAA regs that would have prevented the stunt. The FAA refused to allow the exemption and the pilots proceeded with the flight, which had been heavily promoted and was livestreamed on Hulu.

The NTSB cut through all the extraneous chatter and concentrated its analysis on the cause of the spin itself. It interviewed Aikins, who postulated that extra fuel added as ballast to replace the weight of a safety pilot caused the spin. He also told the board that the plane had a ballistic parachute that released automatically at 1,000 feet AGL but it went off when the plane was inverted and didn’t fully deploy.