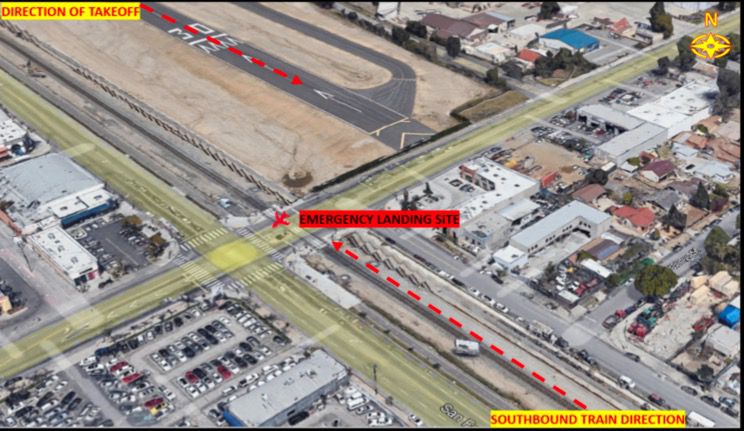 The viral phenomenon that was the Cessna 172 hit by a train in Los Angeles earlier this month was close to being just another highway emergency landing. As we reported earlier, the aircraft ran into trouble on Jan. 9 just after takeoff from Whiteman Airport and ended up on railway tracks. The pilot was pulled from the aircraft seconds before a commuter train slammed into the wrecked airplane. In its preliminary report (search WPR22LA076 here), the NTSB has explained just how the airplane ended up in the path of the train.

When the 70-year-old ex-Air Force pilot at the controls of the 172 encountered the problem above the southeastern threshold of Runway 12 he turned right and headed for the highway perpendicular to the runway just beyond the perimeter fence. He apparently landed safely on the highway but the aircraft hit a railway crossing arm and stopped on the tracks. The rest is YouTube history as bodycam and bystander videos of the dramatic sequence have gathered tens of millions of views.