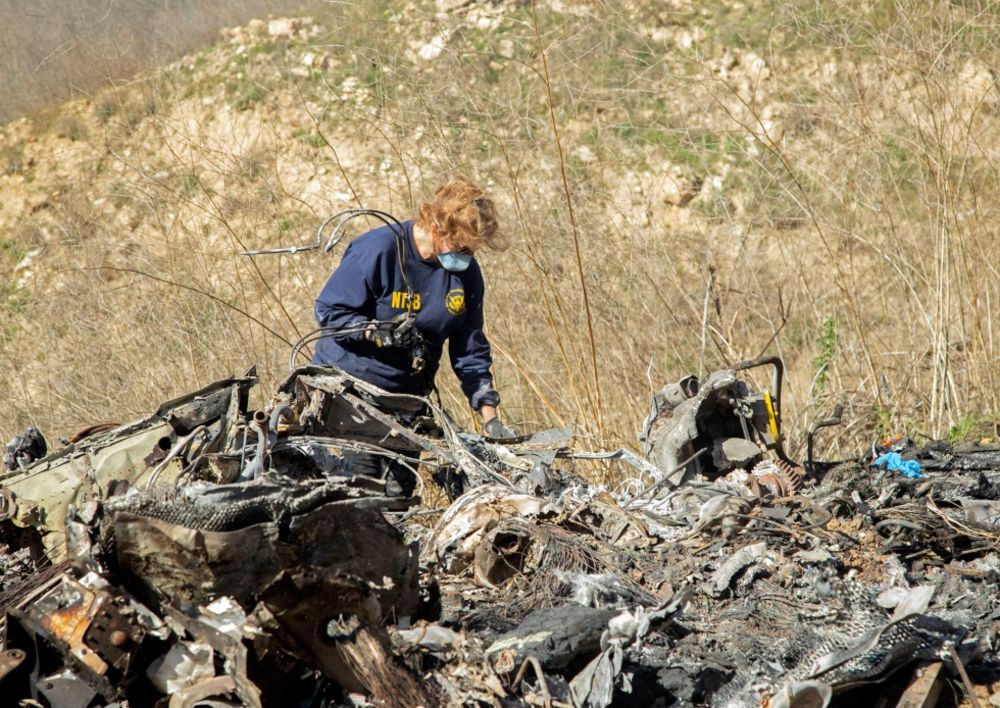 Continued VFR-into-IMC followed by spatial disorientation caused the crash of a Sikorsky S-76 helicopter that killed basketball star Kobe Bryant and eight others in January 2020, according to NTSB findings revealed at the probable cause hearing on Tuesday. Contributing to the crash were the pilot’s self-induced pressure to complete the flight and the charter company’s failure to exercise sufficient oversight of pilot aeronautical decision making and judgment, the agency concluded.

As a result of the Bryant accident, the NTSB is recommending helicopter pilots have better simulation training for inadvertent IMC encounters and that the industry adopt a multidisciplinary approach to evaluate the best technology for this type of training. It’s also recommending digital flight data recorders and cockpit voice recorders with outside views for turbine helicopters.

During a four-hour virtual hearing, the board’s investigators also found that although the weather was marginal at the time the flight departed, nothing in the current or forecast weather suggested the pilot should have canceled the trip. But investigators also determined that the charter operator, Island Express, lacked a rigorous mechanism to help pilots make alternative plans and what protocol it did have was ignored by the pilot. The board said that it was likely that self-induced pressure caused what it calls “plan continuation bias”  that led the pilot to press on instead of landing and waiting for better weather.

The flight was a Part 135 on-demand charter carrying Bryant, his daughter and others from Santa Ana, to Camarillo, along the California coast to participate in a basketball tournament on Jan. 26, 2020.  The weather was marginal VFR along the route when the S-76B departed and while attempting to negotiate cloud-obscured rising terrain near Calabasas, the pilot climbed into a low marine layer and entered a tightening left turn before losing control and crashing into a hillside near the 101 freeway. All nine persons aboard, including the pilot, were killed in the crash.

Investigators determined that the S-76B was properly equipped and that the pilot was well thought of and qualified and, as required, he conducted a risk assessment that concluded that the flight risk was low. According to the docket, weather along the route was better than 1000-foot ceilings with visibility greater than 3 miles. Van Nuys, northwest of the departure airport, reported 3 miles, but an amended forecast reduced that to 2 miles.

When the flight approached the Burbank Class C airspace, diminishing visibility required the pilot to request a special VFR clearance to transition. He had to orbit for 11 minutes while controllers sorted out conflicting traffic. Once cleared through Burbank and by Van Nuys, controllers informed the pilot that he was too low for further radar advisories and he continued west along the 101 freeway. According to the recorded data and witnesses, the local terrain was obscured by low cloud and a ground camera caught the aircraft skirting the bases of the layer before climbing up into it.

The investigators determined that the pilot had been trained to respond to inadvertent entry into IMC by slowing down, climbing, maintaining course and engaging the autopilot. However, he did none of these, except a rapid climb. Upon entering IMC, the pilot initiated a shallow left turn that tightened and transitioned into a rapid descent into the terrain. NTSB investigator-in-charge Bill English said, “The path of the helicopter was not consistent with commitment to the instruments.”

NTSB human factors expert Dr. Dujuan Sevillian said what flight data investigators had was consistent with a type of spatial disorientation known as “the leans” in which the inner ear’s vestibular sensing can’t distinguish between acceleration and a bank. Because of the rapid pitch, the pilot may also have experienced somatogravic illusion, which causes a pilot to mistake acceleration for a climb. Because of the low altitude, he had insufficient time and terrain clearance to recover.

San Pedro-based Island Express is a small charter company with about 25 employees and six helicopters, according to the NTSB. It’s a Part 135 operator approved for day and night VFR operation. The accident pilot was the company’s chief pilot and had 1250 hours in the S-76B and 8200 hours total time. Pilot medical or fatigue issues were not deemed factors. However, the company’s operational procedures were a factor.

Although its operations specifications called for VFR limits more conservative than those allowed by the FAA, the board found that the company lacked strong oversight of pilot decision making. When the pilot encountered lower weather than expected enroute, he was supposed to revise his risk assessment form and confer with the director of operations before proceeding. But this wasn’t done. Further, Island Express lacks a Safety Management System, a voluntary FAA-involved program intended to help operators with safety oversight. It has not been widely adopted.

English replied by saying nothing the investigators uncovered revealed that Island Express was a problem operator. “I think the concept of that question was how a consumer could detect an unsafe operator. There was nothing inherent about this operator that would indicate they were unsafe. We see crashes with other carriers that don’t indicate they are particularly unsafe,” English said.