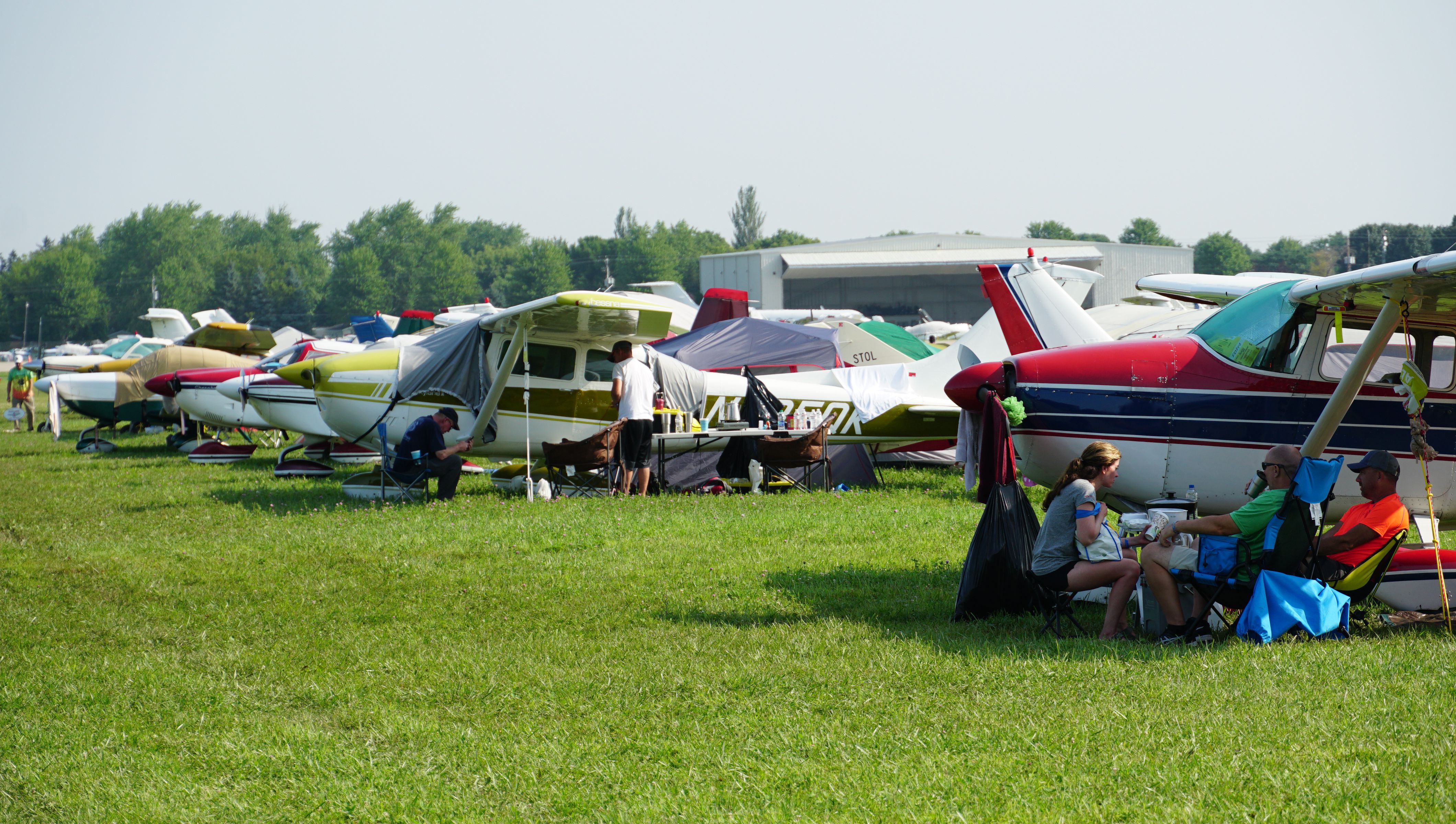 Following what some veterans called an air traffic fiasco for last year’s AirVenture, this year’s arrival stream, even though tanked by weather, appears to have been more orderly. An AVweb canvas of campers in the North 40 found some damp tent dwellers, but everyone we spoke to gave EAA and the FAA thumbs up for tamping down the chaos.

Last year’s event was marred by confusion over Ripon and Fisk and by controllers who many pilots thought didn’t help by chastising pilots on the air. Pilots themselves contributed to the mess by failing to follow the published Notam. “It was handled perfectly this year,” said Ryan Carney, who flew in Tuesday at noon from Nashville. He said the flow was orderly and lined up like a string of pearls from Fisk to Wittman field, where controllers were given generally high marks for advising pilots on sequencing. A couple of pilots showed us cellphone photos of ADS-B traffic lined up for the airport.

This year, as we reported last month, EAA tried something different by encouraging pilots inbound to OSH to use a text messaging system and to bail out to Fond du Lac if Fisk became saturated. And that indeed appeared to happen. On Monday morning, a text advisory was sent describing an hour-plus delay at Fisk. But not everyone relied on the text system.

Pete Muntean, who flew in from Potomac Field in Maryland, said he got more timely information from an informal Facebook page advising of traffic conditions. Keith Sparks, who arrived in a Cessna 182 from Mt. Gilead, Ohio, said he made his own traffic estimation by listening to LiveATC. Although he eventually flew the Fisk arrival, the Green Lake holding pattern, which is used when Fisk is overloaded, proved to be chaotic. He said pilots appeared to be holding in concentric circles with a sometimes-confused pattern. “But Ripon and Fisk went fine,” Sparks said. He added that the text alerts were “definitely beneficial.”

Scott Backus flew into Wittman from Des Moines, Iowa on Monday after a wait-out in Platteville, Wisconsin. “We came in right after a hold release. We were waiting it out,” he said. He called the text alert system “super good” and said it helped with decision making.

Our tour of the camping area late Wednesday morning revealed a few muddy spots, but most areas were dry enough to taxi on. The fuel trucks were still avoiding a couple of soft spots. EAA had brought in vacuum trucks to suck up the bigger puddles, which aided in drying. We also saw a compacter working portions of the field.

Camping actually closed Monday night, but reopened as some slots became available. The vintage parking area and the ultralight runway were closed early in the week, but opened later.