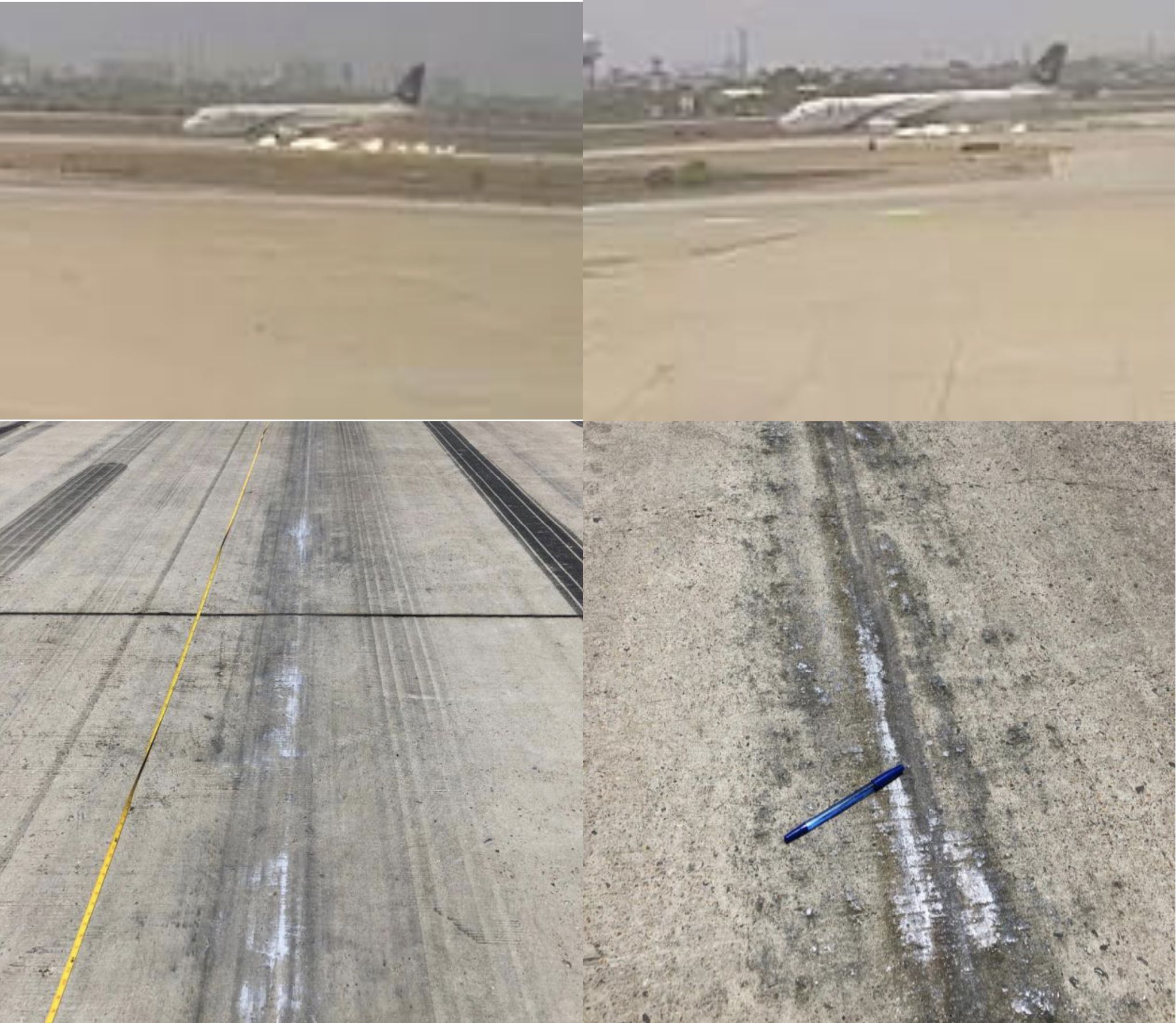 The preliminary report on the PIA Airbus A320 that crashed in Karachi in May reveals a crew that started its approach to landing late, failed to re-extend the landing gear and performed a go-around after dragging the engine nacelles along the runway. The Pakistan aviation board (AAIB) also reveals a series of communication breakdowns between approach and local tower controllers.

The report, released on Wednesday, confirmed that the A320’s gear was retracted and the flight crew refused two opportunities to maneuver for the purpose of bleeding excess altitude. Flight data released in the interim report confirms the Airbus was excessively high and fast throughout the initial approach. The crew had received a clearance to cross MAKLI intersection at 3000 feet MSL but was, in fact, still at nearly 9800 feet, still traveling at 245 knots indicated airspeed (KIAS).

Once reaching glideslope and localizer intercept, the crew raised the gear, retracted the speedbrakes and put out the first increment of flaps, which caused warnings in the cockpit to go off. At 500 feet AGL, the Airbus was traveling at 220 knots indicated airspeed and descending 2,000 feet per minute. The crew continued the approach to landing, eventually touching down on the engine nacelles halfway down the runway. The crew initiated braking and reverse-thrust sequences before initiating a go-around. “Both engines scrubbed the runway at various locations causing damage to both of them,” according to the report. CCTV cameras caught the “aircraft[’s] engines touching the runway and showing sparks due to scrubbing, along with marks on the runway.“

During the first part of the go-around, the report says the flight data recorder noted “a brief action of selection of landing gear lever to down position, which was immediately followed by its movement to up position.” Nevertheless, the Airbus dutifully began its climbout until “both engines failed one by one. Ram Air Turbine (RAT) was deployed to power the essential systems. FDR data recording stopped during this timeframe (as per the designed limitation),” per the report. The aircraft crashed trying to return to the airport with both engines inoperative, killing 97 of the 99 aboard.

Complicating matters was a lack of communication throughout the landing sequence. The flight was still communicating with Karachi Approach, which was coordinating with the tower via telephone. The landing clearance was given from the tower and conveyed to the flight through approach. When the tower controllers noticed the Airbus scraping the runway, they did not attempt to alert the aircraft but instead told Karachi Approach, which did not tell the crew.

In a separate report, the Pakistani minister for civil aviation, Ghulam Sarwar Khan, reported that the crew was discussing the coronavirus situation during the descent and landing. “The pilots and the air traffic controllers both did not follow the protocol,” he said. “The pilot ignored the instructions of the air traffic controllers and the ATC, on the other hand, did not inform the pilot about the engines’ collision. The fault was at both ends. The ATC was at fault as well when it saw the plane doing the touchdown on the engines and saw a fire erupting, it should have informed [the pilot] but the control tower did not. And when the pilot took off, both the engines were damaged by that time,” the minister said.

The report ends with a “way forward” section that indicates “… further course of investigation process may include (but not limited to) advance analysis of FDR and CVR, related advanced technical analysis of aircraft / engine components, exploration for reasons and causes of the anomalies discovered so far, and also of any further shortcomings that may be revealed during later part of the investigation. This may encompass conduct of various activities at AAIB, and deep interaction / visits to relevant organizations to ascertain possible causes and identify proportionate safety recommendations.”

Finally, as Sarwar was addressing the Pakistani National Assembly, he claimed that nearly 40 percent of the country’s pilots have “fake” licenses. “Pakistan has 860 active pilots, which includes PIA, Serene Air, Air Blue. The inquiry which was initiated in February 2019 showed that 262 pilots did not give the exam themselves and asked someone else to give it on their behalf,” the minister said. ”Pilots are also appointed on political basis, unfortunately. Whilst appointing pilots, merit is ignored.”