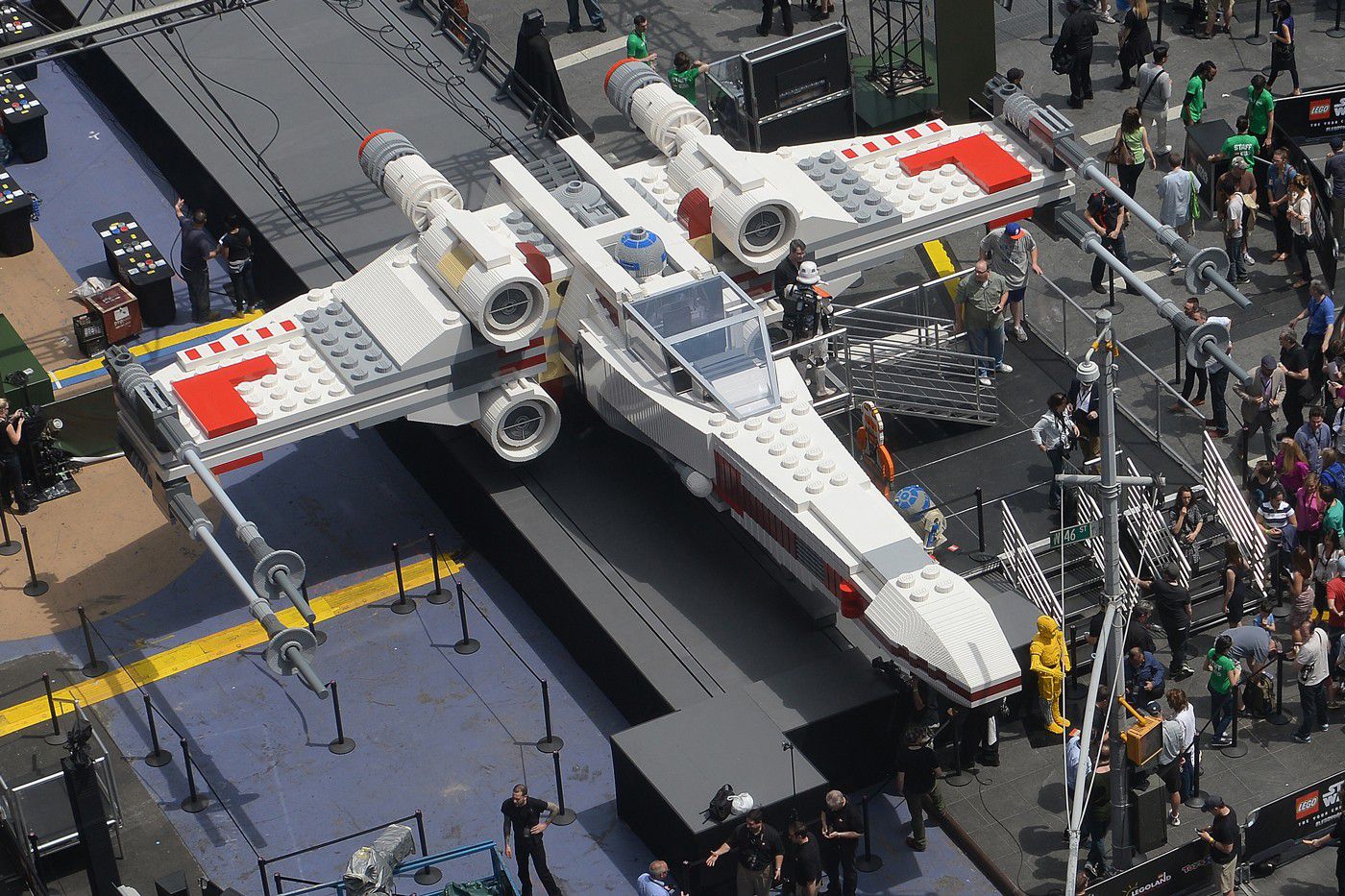 At an airshow typically dominated by military, airline and business-aviation news, you wouldn’t think a mere toy would command much interest. Until, that is, the toy is a three-ton, full-scale X-Wing fighter straight out of Star Wars.

According to the toymaker, the X-Wing is 6 feet tall and 30 feet long. It required 2500 man-hours to complete, which sounds like a lot until you consider it’s made up of more than 1.5 million LEGO bricks.

Of course, the LEGO X-Wing is not a new product for the toy company as you’ll see in the video below, but its appearance at the Paris Air Show might have leavened furrowed-brow talk about airline troubles and defense contracts.