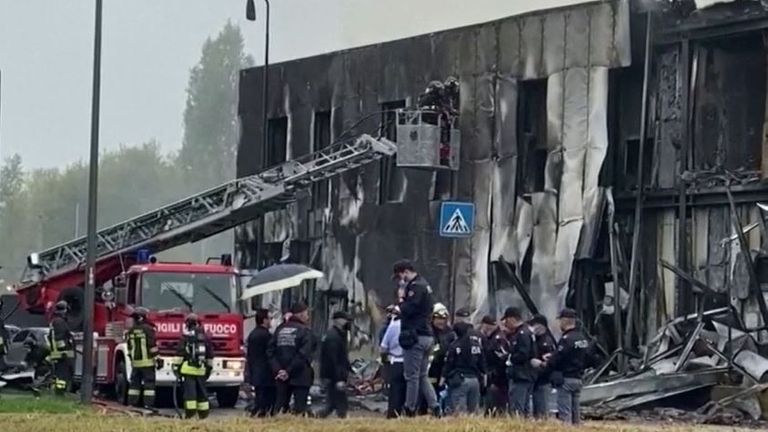 Italian air traffic control reported there was no distress call from the pilot of a Pilatus PC-12 turboprop single before it crashed “minutes” after takeoff on Sunday (Oct. 3) from Milan Linate Airport. The pilot was Romanian billionaire Dan Petrescu, head of a major construction company and a chain of shopping malls, and reportedly one of Romania’s richest men. All eight onboard, including Petrescu’s wife and adult son, died when the airplane crashed into a vacant building, also setting multiple cars on fire. Among the victims were a one-year-old boy and his parents, as well as two other women who were sisters. All were friends of the Petrescu family, according to Italian press reports. No one on the ground was injured.

The flight was bound for Olbia on the island of Sardinia off the Italian west coast. The Sardinian resort Costa Smeralda (“Emerald Coast”) is a popular vacation destination for high-net-worth individuals. According to Italian press reports, “authorities” said that the PC-12’s flight path appeared to suggest that Petrescu was trying to return to the airport after overflying a local seaplane base and the “densely inhabited areas southeast of Milan.”

It crashed into an unoccupied building that was under restoration. The crash site is near a metro station located in the Milan suburb of San Donato.