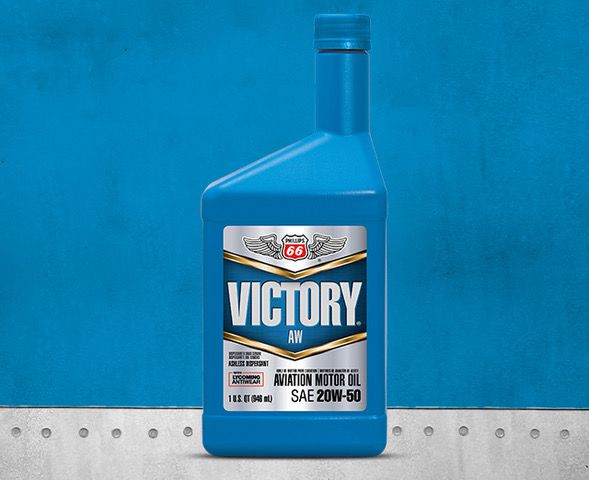 “Our product development is the direct result of pilot requests for a multi-grade engine oil that requires no expensive top-treating to simplify the process when cam lifter wear is a concern,” said Tony Negri, Phillips 66 commercial product manager. “Pilots have spoken, and we listened. At Phillips 66, we are proud of the role we’ve played in supporting aviation development over many decades, and now moving on into the future.”

There are significant differences between the new Phillips Victory multi-grade and the more familiar Aeroshell 15W-50. First is that Phillips’ product is a conventional oil while Shell’s is a semi-synthetic. In addition, the viscosity range is narrower for the Phillips: 20W-50 vs. 15W-50. Incidentally, both Shell and Phillips offered single-weight oils preblended with the LW-16702 additive, which costs around $45 for 6 ounces, enough to treat an 8-quart engine.

Lycoming recommends this anti-scuff additive for virtually all of its aircraft engines as a salve for camshaft and lifter wear during cold starts. Phillips says the new Victory 20W-50 oil is available now.