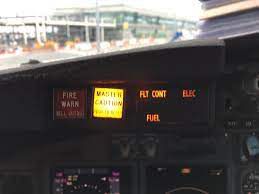 The Allied Pilots Association is opposing Congressional moves to allow Boeing to duck an upgrade to the crew alerting system in two models of the 737 MAX that have yet to be certified. According to Reuters, the union, which represents 15,000 American Airlines pilots, says Boeing needs to bring a legacy system from its oldest design into the 21st century. “Boeing needs to proceed with installing modern crew alerting systems on these aircraft to mitigate pilot startle-effect and confusion during complex, compound system malfunctions,” union President Capt. Edward Sicher told Reuters.

As we reported, Boeing has been given until the end of the year to certify the MAX 10 and MAX 7 without including an updated alerting system that meets current regulations. Boeing has been struggling with the certification paperwork, and Reuters reported that it’s projecting the summer of 2023 for certification. Sen. Roger Wicker, the ranking member of the Commerce Committee, has proposed attaching legislation to the next defense appropriations bill giving Boeing another couple of years to avoid the alert system redesign in the 7 and 10. So far, there has been no indication of support for Wicker’s plan.