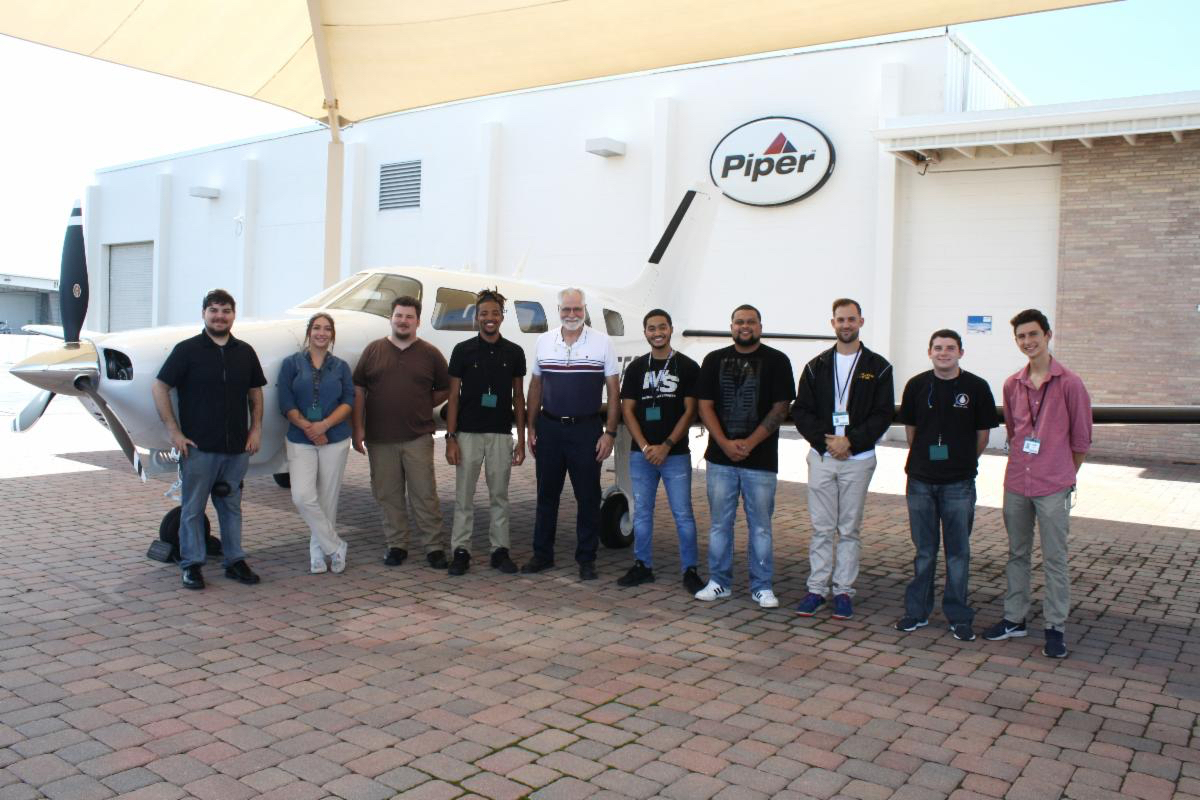 Piper Aircraft’s apprentice program, first announced in 2018, is underway. Nine apprentices have begun to “shadow skilled aircraft assembly workers and learn all aspects of fabrication and assembly of aircraft,” according to Piper. The manufacturer announced the news today, though the apprentices have been working since August.

“The Piper apprentices are part of a high-tech version of the ancient tradition of apprentices learning a trade requiring specialized skills by working with an experienced professional. This program provides the necessary training, mentoring and support enabling apprentices to successfully pursue a long-term career with growth opportunity as a Piper employee,” said President and CEO Simon Caldecott. “As we look to the future and consider our current aircraft sales and order backlog, the apprentice program will help ensure that Piper has a strong and agile workforce for the years to come.”

The apprentices “attend technical classes and receive hands-on training designed to qualify the participants as a Journeyman in Aircraft Assembly. Each apprentice is a paid employee of Piper Aircraft and receives a full benefits package,” says the company.

When it was announced, Piper said that “the two-year program … will initially begin with 10 individuals and grow to 20 active apprentices by year two. The program will include a combination of on-the-job training as well as classroom instruction designed to qualify the participants as a Journeyman in Aircraft Assembly.” The program is held in cooperation with Indian River State College and was created, according to Piper, “in response to the increasing demand for high quality manufacturing candidates at Piper Aircraft.”

While this year’s class continues through the program, Piper is setting up for the 2020 class. Interested candidates can apply here.