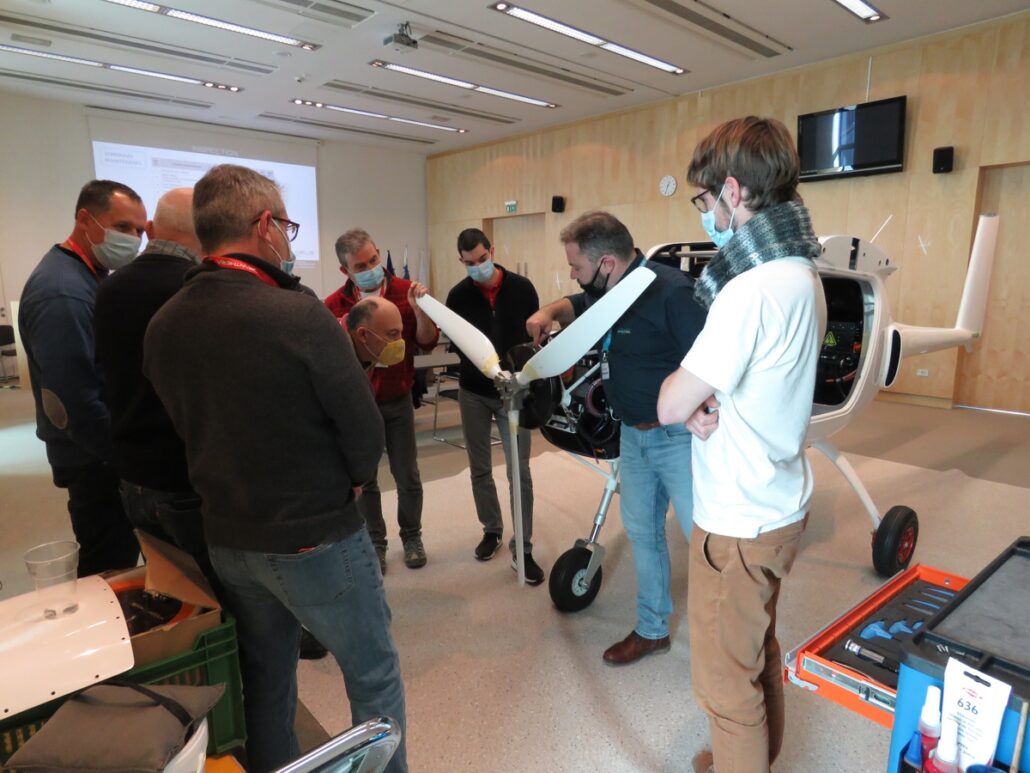 Recognizing that most A&P schools have little to nothing to say about electric aircraft, Pipistrel, which is currently building the Velis Electro two-seater, has launched its own five-day training course for mechanics. Pipistrel’s intention is to train the trainers, so to speak, so that they, in turn, can train local maintenance personnel as the Velis becomes a more common sight.

“Organizing a seminar of this kind is a great achievement and honor for Pipistrel. The road to this point was very long and required cooperation of many individuals and institutions,” the company said in a statement. “At this point Pipistrel would like to thank the European Union Aviation Safety Agency and the Slovenian Civil Aviation Agency for their help and support. We would also like to thank the entire teams of Pipistrel d.o.o., which is the holder of the authorization, and Pipistrel Vertical Solution, which participated in the entire phase of preparation of manual and training program, for their diligent internal cooperation. We are proud and grateful for such conscientious teamwork, which has always been the basis for our joint success!”

Pipistrel has conducted two courses already with a third slated for February. Designed primarily as a trainer, the two-seat Velis Electro has a cruise speed of 90 knots, 600-kilogram (1320-pound) maximum takeoff weight, 172-kilogram (378-pound) payload and endurance of up to 50 minutes plus VFR reserve. It is a fully electric derivative of Pipistrel’s Virus SW 121.