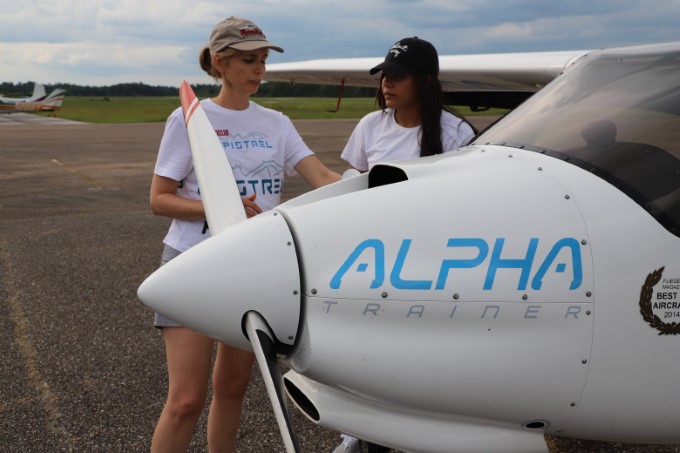 The first airplane some new Air Force pilots will fly might be a Pipistrel Alpha trainer. The first cohort of 20 potential pilots, all of them either about to become USAF officers or freshly commissioned, completed a course that led to 17 them soloing the light sport aircraft. The new program, called the Aviation-Character-Education (ACE) Solo Flight, is aimed at identifying potential pilots from within the ranks as one aspect of its drive to stabilize its pilot population. Although some Air Force officers have made the transition to pilot in the past, the ACE program will allow more to try out because of its low cost. On the mainstream training aircraft, it can cost $200,000 to get a new pilot to solo. Pipistrel spokesman Michael Coates said the new program put all 20 candidates through the training for less than half of that.

The program is designed to see if those who want to try becoming pilots have the necessary aptitude and skill to succeed in the real Air Force training environment. In a contract awarded to Tomorrow’s Aeronautical Museum in Compton, California and U.S. Aeroclub in Fullerton, the companies supplied four Alphas and instructors in a course run at Tuskegee, Alabama. In the first course, 17 candidates soloed, two didn’t have their FAA paperwork in time and one had to stop training because of persistent motion sickness. The course lasted just two weeks. A second intake begins in Compton next month with 30 students flying seven Alphas.