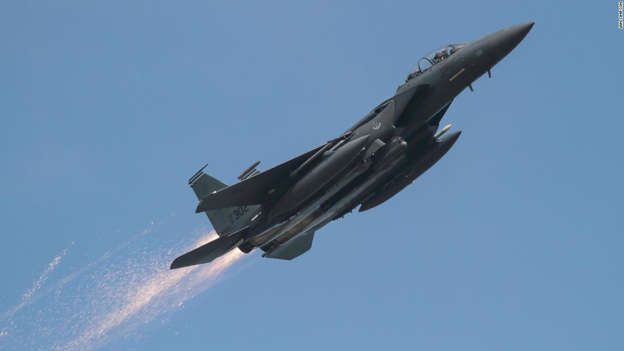 A planespotter is being credited with potentially preventing the loss of an Air Force F-15E Strike Eagle and its pilot when he reported a malfunction with the aircraft as it left a base in the U.K. Ian Simpson was indulging his passion at the business end of the Royal Air Force base at Lakenheath in eastern England when he saw sparks and flame pouring out of one of the engines on an aircraft as it took off. As many who pursue the hobby do, Simpson had a radio tuned to the base’s tower frequency and what he didn’t hear alarmed him.

There was no mention of any problem with the aircraft and the pilot, Maj. Grant Thompson, got vectors to a tanker over the North Sea where he was to refuel. “It suddenly dawned on me that they had no idea what was going on,” Simpson told. “So at that point, I called the base, by looking on Google for the telephone number.” He was put through to officials who alerted Thompson who in turn got his wingman to check out his jet. The other pilot confirmed Simpson’s report and Thompson immediately returned to base. Thompson met Simpson about a week later and gave him a fighter wing patch that was on his flight suit that day as a memento.