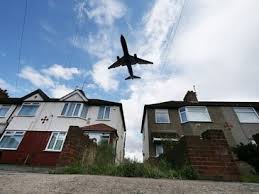 Even though airplanes are a lot quieter than they used to be, they annoy people on the ground far more these days. The FAA’s recently released Neighborhood Environmental Survey says almost two-thirds of the 10,000 people surveyed, who live near one of 20 U.S. airports, are “highly annoyed by aircraft noise over the entire range of aircraft noise levels considered, including at lower noise levels.” They also said they hated airplane noise worse than other sources like traffic and their neighbors even if the levels were lower.

The last survey was done in 1992 and only 13 percent of respondents were similarly vexed then. Although airplanes are quieter these days, pandemic notwithstanding, there are far more of them. In fact, by FAA standards, only about 400,000 people live in areas where there is “significant” noise compared to the more than seven million people whose windows were rattled in the 1970s.

But in recent years, changes to airspace management due to modernization have resulted in aircraft overflying areas that were relatively airplane free in the past and complaints have skyrocketed. That spawned a group of Washington lawmakers known as the Quiet Skies Caucus to form and keep pressing the agency on noise issues. “The FAA’s Neighborhood Environmental Survey tells us what we already knew loud and clear: Our communities are ravaged by aircraft noise,” Rep. Thomas Suozzi, D-N.Y., a vice chair of the Quiet Skies Caucus, told the Washington Post.

In a statement to the Post the FAA said the survey was “an important step in seeking public input as the FAA undertakes a review of its existing noise policy. The FAA will continue to engage directly with members of the Quiet Skies Caucus to address their inquiries.” The agency is also reviewing its data gathering methods in its assessment of airspace changes.