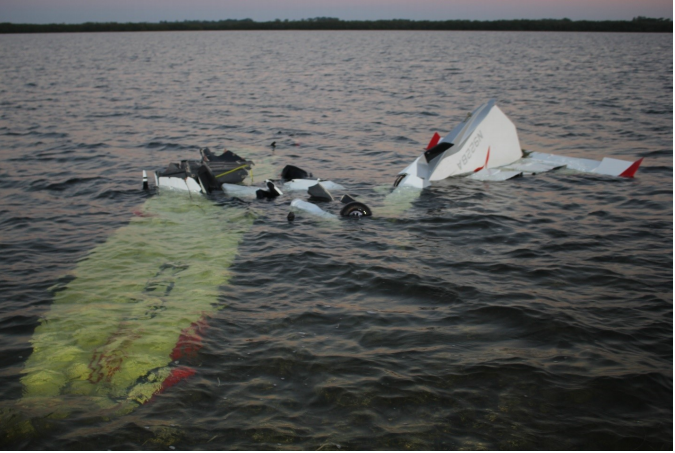 In a detailed—and long delayed—factual report, the NTSB said this week that baseball star Roy Halladay had been flying steep, low-altitude moderate-G maneuvers before he crashed his Icon A5 into the Gulf of Mexico on Nov. 7, 2017. Halladay was killed in the crash, then the second fatal wreck of an A5. The agency also said a toxicology report revealed a cocktail of drugs in Halladay’s blood, including the sleep aid Zolpidem, amphetamine, morphine and Fluoxetine, an antidepressant. A final probable cause statement awaits further review some 28 months after the crash occurred.

The investigation benefited from the Icon’s onboard data acquisition unit and engine data recorder and from several eyewitness reports collected shortly after the crash occurred. According to the NTSB report, Halladay executed a rapid climbing S-turn from near the surface to 134 feet, according to recorded GPS altitude. The load factor reached 1.94 Gs and a maximum AoA of 7.53 degrees. He followed that with a climbing right turn from 19 to 136 feet to a 1.93 G load factor and 15.73 degree AoA.

The final maneuver before the crash was a climbing turn with load factors between 1 and 2Gs, AoA at 15 degrees and a max bank angle of 50 degrees at a GPS altitude of 358 feet. Although the report details Icon’s guidance on using the aircraft’s angle-of-attack indicator and recommendations for risk management at low altitude, it does not suggest the aircraft stalled. “The airplane came to rest inverted in about 4 feet of water and was oriented on a 192-degree heading … the empennage was separated and displaced forward of the wings. All major airplane components were located at the accident scene. The front fuselage and cockpit were highly fragmented, with pieces scattered within a 300-ft radius of the main wreckage,” the report said.

“Multiple witnesses in the area stated that they saw the airplane flying very low, between 5 and 300 feet over the water as the airplane maneuvered south close to the shoreline. Some witnesses reported that the airplane was making steep turns and high-pitch climbs up to about 500 feet and that the engine sounded normal,” the report said. Consistent with the data trace, witnesses said after entering a steep climb, the airplane descended in a steep nose-down attitude and struck the water about 45 degrees nose-down in a wings-level attitude.

Lacking a probable cause, the NTSB offered evaluation on the presence of drugs in the pilot’s body as causative or related, but merely stated that these drugs may affect motor skills and judgment and may cause psychoactive effects. Ibuprofen was also found in the pilot’s urine. It is not considered an impairing drug.

In a statement to USA Today, Halladay’s widow, Brandy, said, “Yesterday’s NTSB report on Roy’s accident was painful for our family, as it has caused us to relive the worst day of our lives. It has reinforced what I have previously stated, that no one is perfect. Most families struggle in some capacity and ours was no exception. We respectfully ask that you not make assumptions or pass judgment.” Ms. Halladay said, “Rather, we encourage you to hug your loved ones and appreciate having them in your lives. As a family, we ask that you allow Roy to rest in peace.”