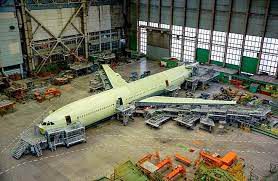 Russia is reportedly working on a new airborne command and control aircraft that would be used in case of nuclear war or some other catastrophe. The so-called “Doomsday” plane will be based on an Il-96-400M airliner and will replace the current fleet of Il-80 aircraft modified for that purpose. The new aircraft will have a longer range and be able to direct military assets within about 3,700 miles of its location.

There will apparently be two aircraft built and one is already under construction. The Il-96-400M is a widebody airliner and is also used as the executive transport for Russian President Vladimir Putin. The U.S. has several E-4B aircraft for similar use. They’re based on Boeing 747-200s and there is always one ready to fly in case it’s needed.